Beijing's Haidian district police on Monday announced their decision to arrest a Sina Weibo user who had left comments defaming martyrs who sacrificed their lives to defend China's territory in the Galwan Valley conflict with India in June 2020, and vowed to pursue the suspect, who has been overseas since February 2020. 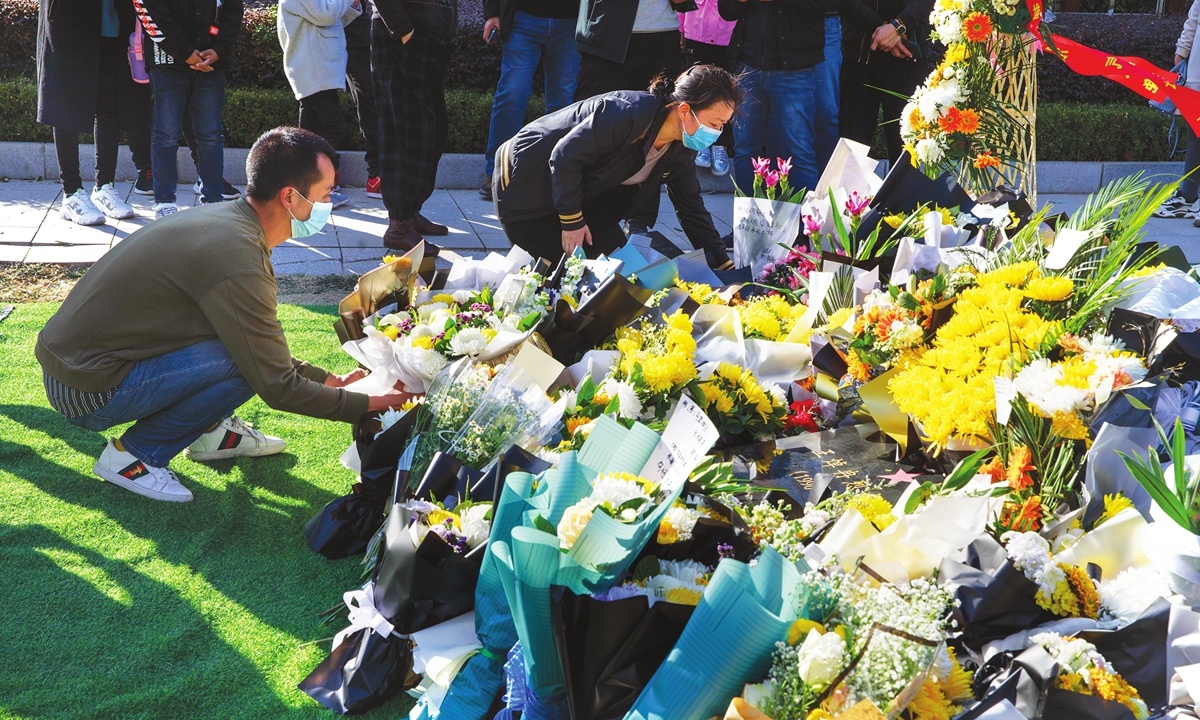 Employees of the martyrs' cemetery in Luohe, Central China's Henan Province, on Sunday organize bouquets that local residents brought in honor of Wang Zhuoran, 24, who died in the Galwan Valley skirmish with India in June 2020. (Photo: VCG)

The police launched their investigation after they received a tip-off from the public on the suspect's actions. Haidian police have identified the Weibo user as a 30-year-old man surnamed Pan, read a police notice on Monday.

Pan left Beijing and went overseas on February 2, 2020. Haidian police urged Pan to return to the country and cooperate with the investigation.

Police will resolutely crack down on acts of defaming, slandering and other misconduct that harms the honor of the martyrs, the Haidian police said.