BEIJING, May 19 (Xinhua) -- The population of Beijing stood at 21.89 million at the end of October 2020, an increase of 2.28 million from 2010, according to the Beijing Municipal Bureau of Statistics. 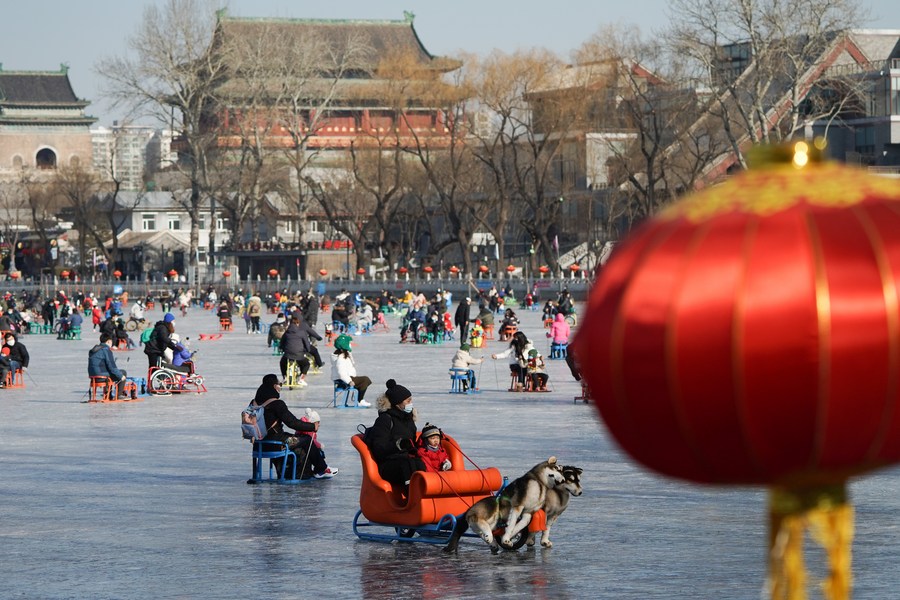 People play on the ice-covered Shichahai lake which has been turned to an ice rink in Beijing, capital of China, Jan. 17, 2021. (Photo: Xinhua)

In terms of age composition, the number of residents aged 60 or above was nearly 4.3 million, about 19.6 percent of Beijing's permanent population, 7.1 percentage points higher than the level in 2010.

Among them, over 2.91 million were at least 65 years of age, accounting for 13.3 percent of the total permanent population, said Meng, adding that the aging of Beijing's population has further deepened.