The Beijing public security authority has dealt with 92 cases of rumors being spread about the capital's COVID-19 epidemic since June 11, when the city reported the first confirmed case, and 113 people were punished, a senior official said on Wednesday. 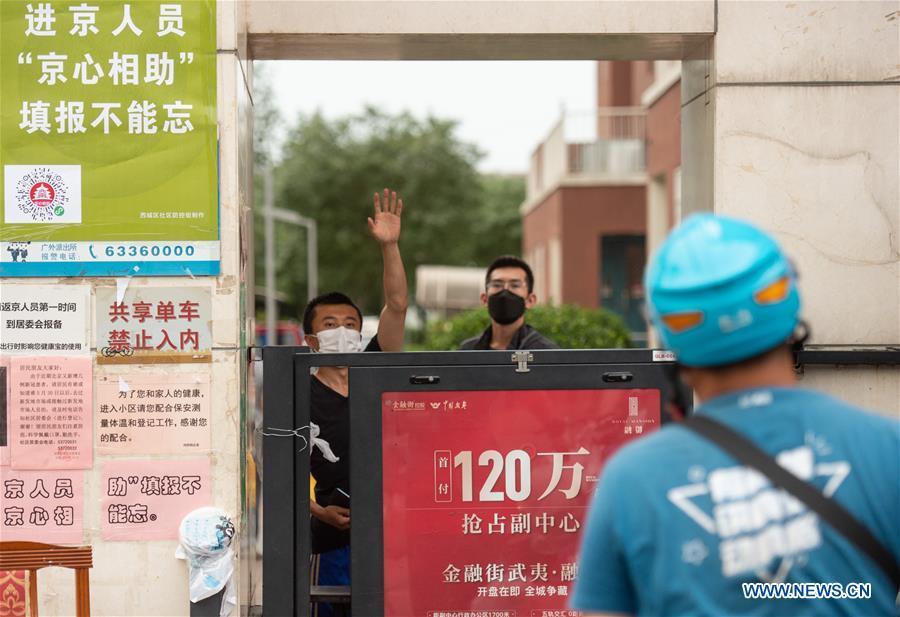 A resident waves to a deliveryman at the entrance of a community in Xicheng District of Beijing, capital of China, June 17, 2020. (Photo: Xinhua)

Pan Xuhong, deputy director of the Beijing Public Security Bureau, said at a news conference that the rumors are like another kind of "virus", which is harmful to Beijing's epidemic control and prevention work.

A woman surnamed Chen, 29, made up information about one confirmed case in Daxing district and spread it through social media on July 2, just because she was bored during her home quarantine.

She has been taken by Daxing police for administrative detention, according to Pan.

Other rumors involved fake information about testing, confirmed cases and measures from authorities. The creators of those rumors all have been punished.

Pan reminded the public be aware of fake information and not to believe or spread it.