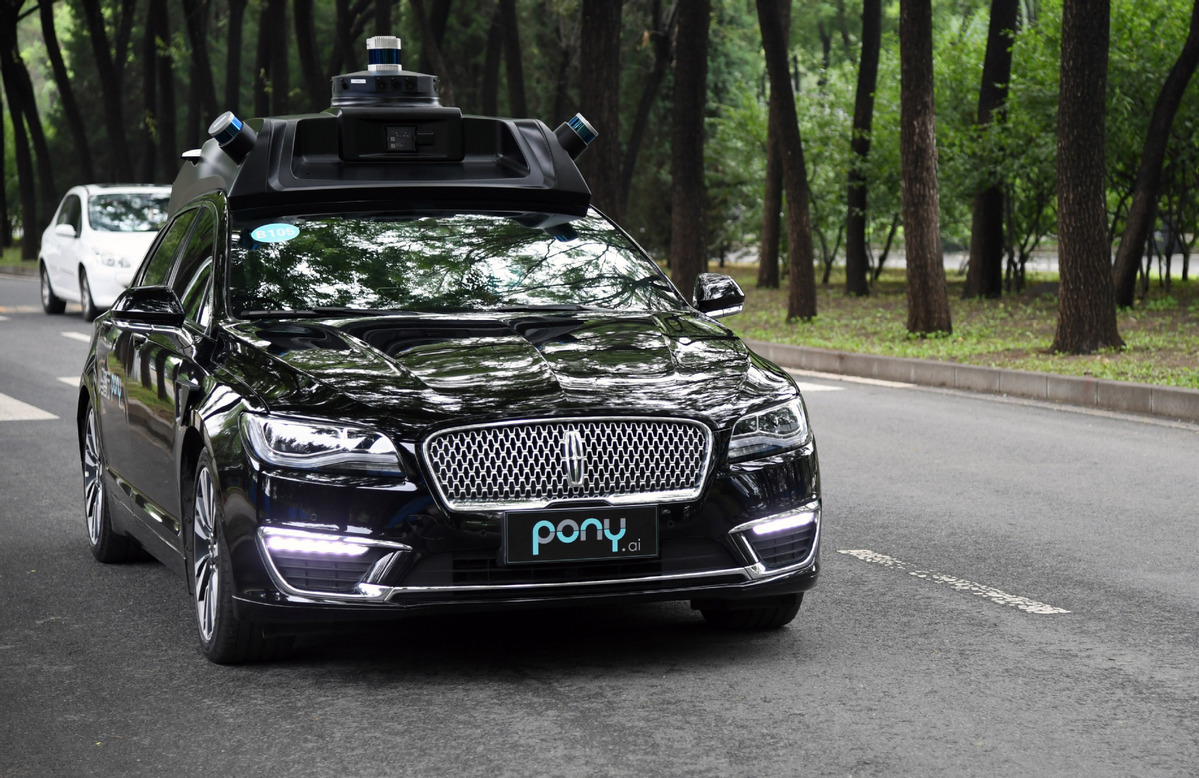 A self-driving vehicle runs on a testing road in Zhongguancun Science City in Beijing's Haidian district, on Oct 9, 2020. [Photo/Xinhua]

Beijing has been rapidly developing self-driving vehicles, including the designation of test roads and providing preferential policies for companies in the industry.

According to the Beijing Innovation Center for Mobility Intelligent, the driving mileage of autonomous vehicle road tests in Beijing exceeded 2 million kilometers as of the end of October — equivalent to 50 trips around Earth's equator.

Beijing has 200 testing roads for self-driving cars at present, totaling nearly 700 km in the Beijing Economic and Technological Development Zone and in the districts of Haidian, Shunyi and Fangshan.

The city has issued temporary licenses for 87 cars belonging to 14 companies for self-driving road tests.

Beijing ranks first in China in terms of the number of applications, licensed vehicles and road mileage in the self-driving road test, local authorities said.