BEIJING, Jan. 21 (Xinhua) -- It is estimated that the Beijing Railway Bureau will see 34.7 million passengers, a year-on-year increase of 6.8 percent, during the country's Spring Festival travel rush from Monday to March 1 this year. 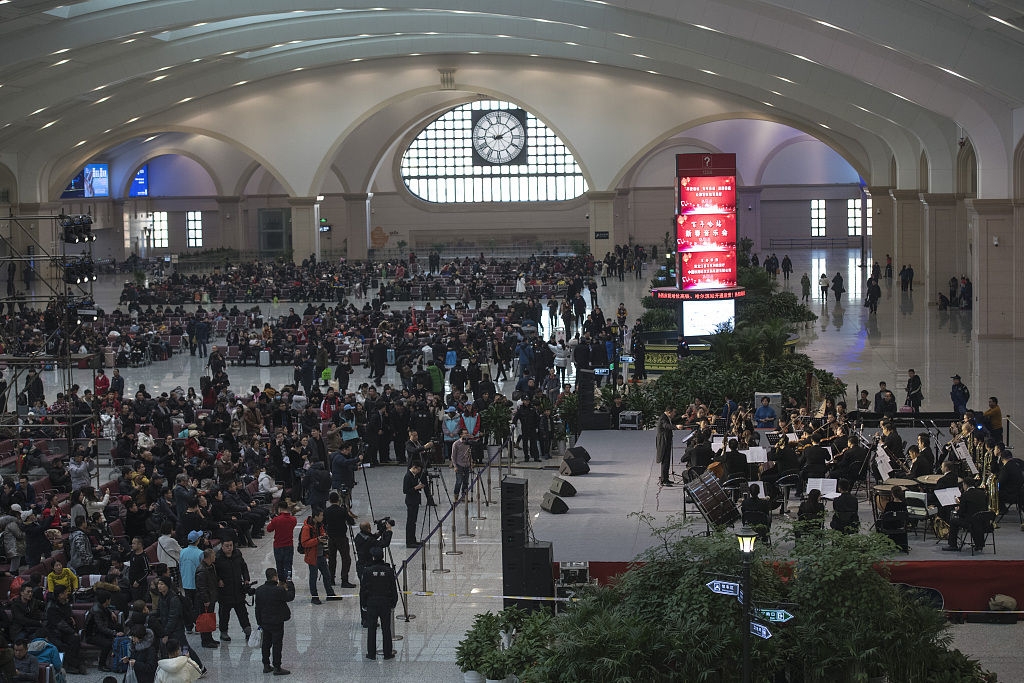 To handle the rising number of passengers, Beijing Railway Bureau has increased the number of trains heading for popular destinations, including cities of Jinan, Changchun, Harbin, Zhengzhou, Xi'an, Chongqing and Chengdu.

The travel rush began 15 days ahead of the Spring Festival, or Chinese Lunar New Year, which falls on Feb. 5 this year.