Beijing has tightened the preventive and control measures to curb the spread of COVID-19 infections. 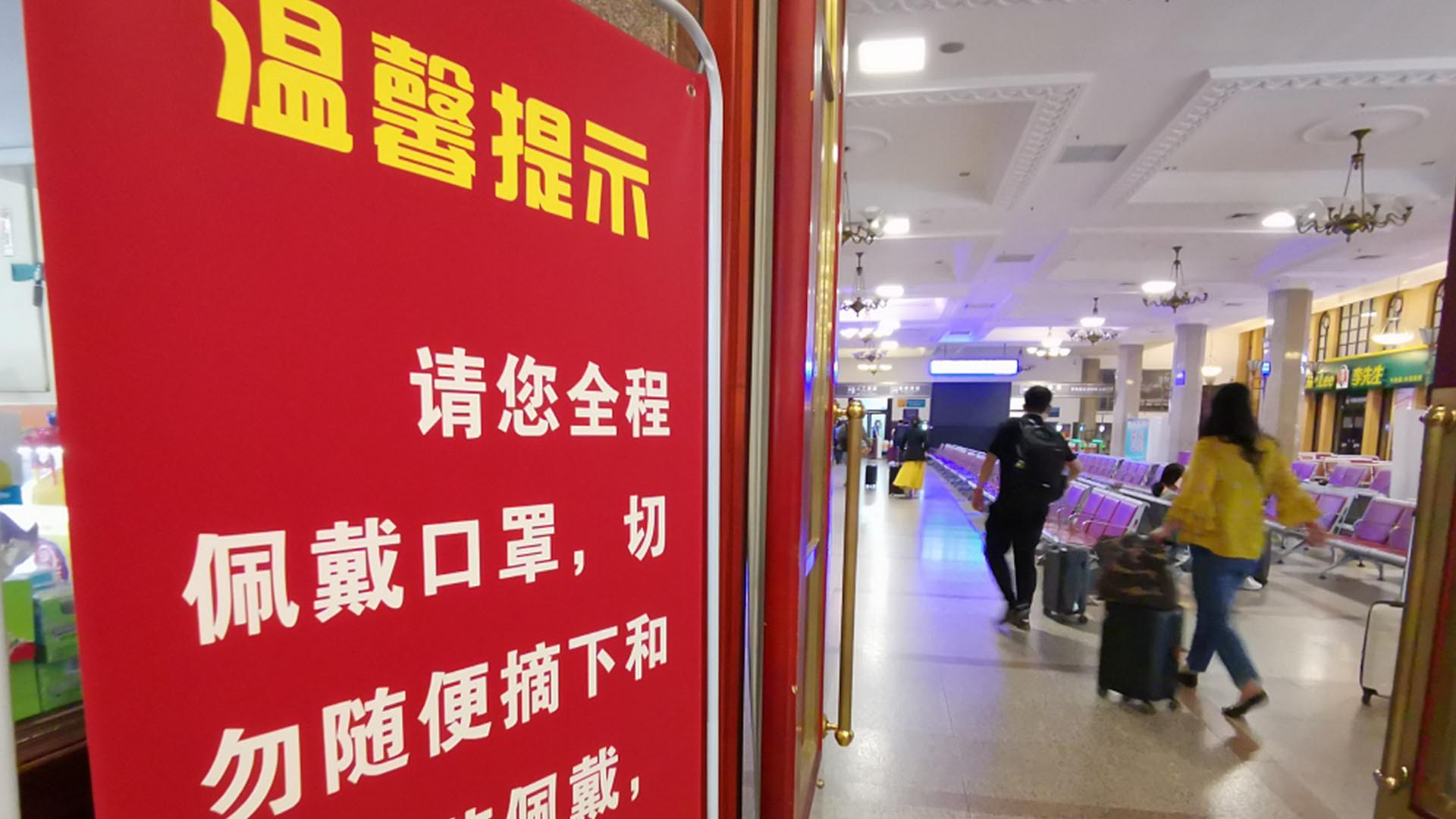 Railway stations in Beijing are seeing a drop in rail passengers, as health authorities advise residents to avoid non-essential travel.

As one of the largest railway stations in China, Beijing West Railway Station is normally crowded with travelers, even during non-peak periods. But these days, the hustle-and-bustle has died down.

"Due to the recent COVID-19 resurgence, our passenger flow has dropped considerably. The average daily passenger count at this station is about 100,000. But the number has decreased to about 30,000 per day," said Wang Jian, secretary of the Passenger Transport Department of Beijing West Railway Station.

Most trains that depart Beijing West Railway Station are headed for provinces and regions in China's north and northwest, such as Inner Mongolia Autonomous Region, Ningxia Hui Autonomous Region and Gansu Province, where new confirmed cases have been registered recently.

Passenger trains to and from areas where cases have been detected have been limited or halted to reduce the flow of people, according to the China State Railway Group Co., Ltd.

The railway operator also said that the operation of tourist trains will be suspended in medium- and high-risk areas as well as cities that have reported new local cases in the past 14 days.

It also pledged to tighten anti-epidemic measures at railway stations to ensure the safety of passengers.

"First, we check each passenger's health QR code before they enter the station. Those with yellow or red codes will not be allowed entry," said Wang. "Waiting areas are thoroughly disinfected every two hours. We have personnel to remind passengers to keep their masks on and wear them properly. We also have automated machines where passengers can get masks free of charge."

Earlier, two high-speed trains were urgently stopped on their way to Beijing after two close contacts of a confirmed infection were found onboard. All personnel have tested negative, but still are in quarantine.

Beijing health authorities have also called on residents who are on trips or tours outside the capital to postpone their return if they have visited locations where confirmed cases have been recorded during the same period.

The Chinese mainland has reported over 500 locally transmitted infections since mid-October, and at least 14 provincial-level regions have been affected, including the Inner Mongolia Autonomous Region, Beijing and the provinces of Gansu and Hebei.

Many of the confirmed cases are linked to tour groups that had travel history to Ejina Banner in Inner Mongolia, which is the suspected source of the transmission chain of the latest flare-up.

Officials with China's National Health Commission earlier said during a press conference that the proportion of severe cases is higher than that during previous outbreaks, adding that the current situation of the epidemic is still in a rapidly-developing phase and remains complicated.