BEIJING -- Beijing has ramped up subway and bus services to meet the needs of the public who honor tomb-sweeping traditions, but it expects a drop in the number of passengers due to the COVID-19 outbreak. 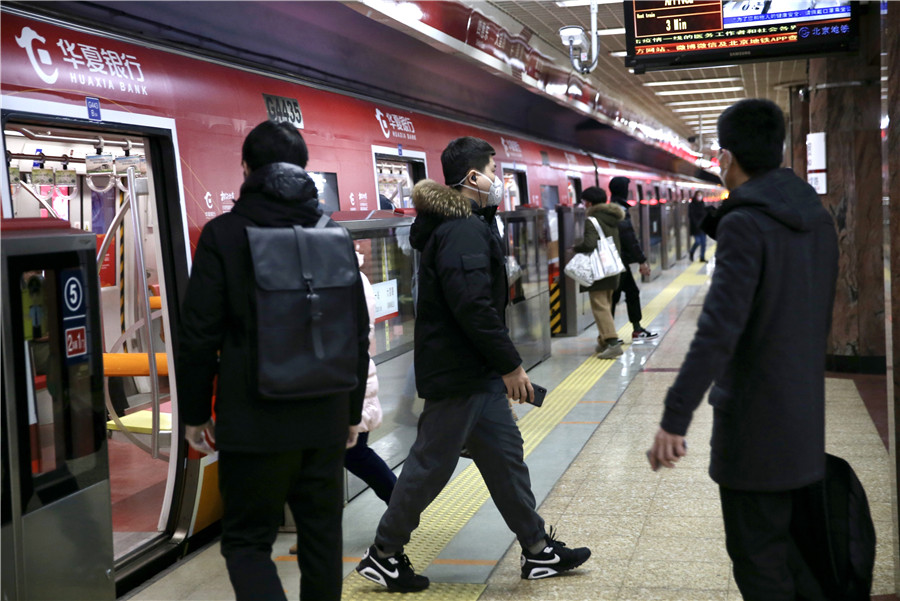 Tomb-sweeping Day, also known as Qingming Festival, falls on Saturday. During the period leading to and after the day, people pay tribute to the deceased and worship their ancestors by visiting tombs and making offerings.

This year's tomb-sweeping season lasts 23 days from March 21 to April 12 in Beijing. The Beijing Municipal Commission of Transport said it expects a drop in the number of people who participate in tomb-sweeping activities. However, public transport still faces a certain amount of pressure.

Beijing has strengthened service for 101 regular bus lines surrounding 18 public cemeteries. Ten special bus lines have been launched to take passengers to and from five cemeteries in the capital, particularly the Babaoshan People's Cemetery.

Subway operators have enhanced monitoring to strictly control the number of passengers. During rush hours, the passenger loads for carriages and platforms are kept under 50 percent.

More parking spaces have been added near large-scale cemeteries.

Many cemeteries in Beijing have encouraged people to use a proxy, usually the cemetery staff, to sweep tombs and prevent mass gatherings of people.