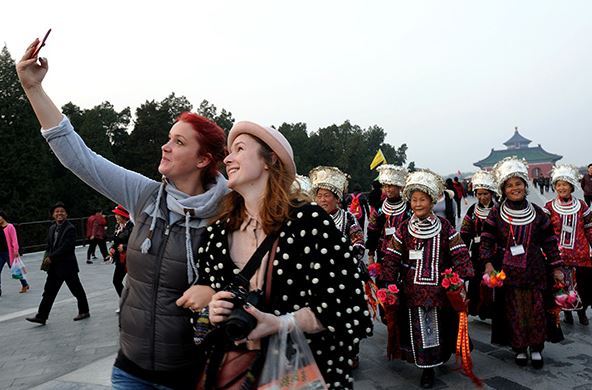 Beijing saw more than 4 million arrivals of overseas tourists in 2018, up 2 percent year on year, the municipal statistics bureau has said.

The United States and Japan were the two major sources of overseas tourists in Beijing, which saw 720,000 visits from Americans and 249,000 from Japanese, according to the bureau.

Continent-wise, Asia was the top source of tourists in Beijing, which saw about 1.7 million visits from countries and regions in Asia last year, up 1.4 percent year on year.