BEIJING, Oct. 19 (Xinhua) -- Beijing had received 4 billion cubic meters of water diverted from the Yangtze River in less than four years as of Thursday, according to the city's water diversion project office. 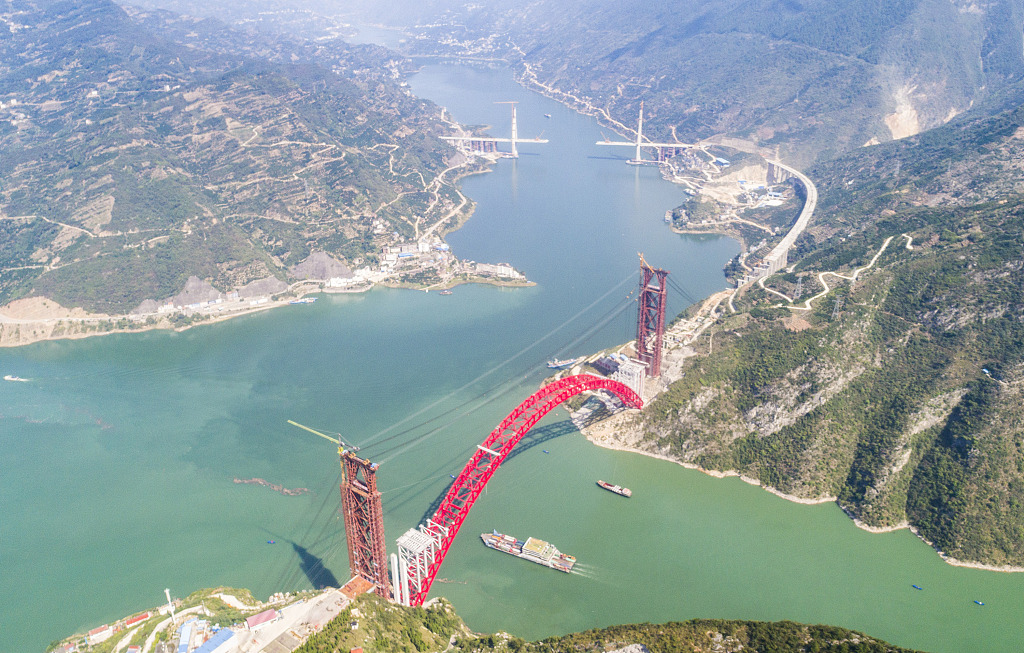 More than 12 million residents, or over half of the city's permanent population, have benefited from the first phase of the middle route of the south-to-north water diversion project that began operation in late 2014.

Over 2.67 billion cubic meters of water, nearly 70 percent of the total volume received, has been supplied to tap water plants, while the rest has gone to reservoirs, rivers, lakes and the underground, the office said.

The water diverted from a 1,400-km-long canal has helped ease water shortages and ensure water security in Beijing.

In the statistical year to October, over 1.2 billion cubic meters of water are expected to be transfered to Beijing, the largest annual volume since the operation.

The project is scheduled to further increase water supply by bringing 1.5 billion cubic meters of water annually to Beijing by 2020, the office said earlier this year.

The south-to-north water diversion project, the world's largest, takes water from the Yangtze to feed dry areas in the north through eastern, middle and western routes.

The middle route begins at the Danjiangkou Reservoir in central China's Hubei Province and runs across Henan and Hebei provinces before reaching Tianjin and Beijing.