BEIJING, June 12 (Xinhua) -- Beijing has reported 33 confirmed COVID-19 cases that were locally transmitted as of 3 p.m. on Sunday, the municipal health commission told a press conference. 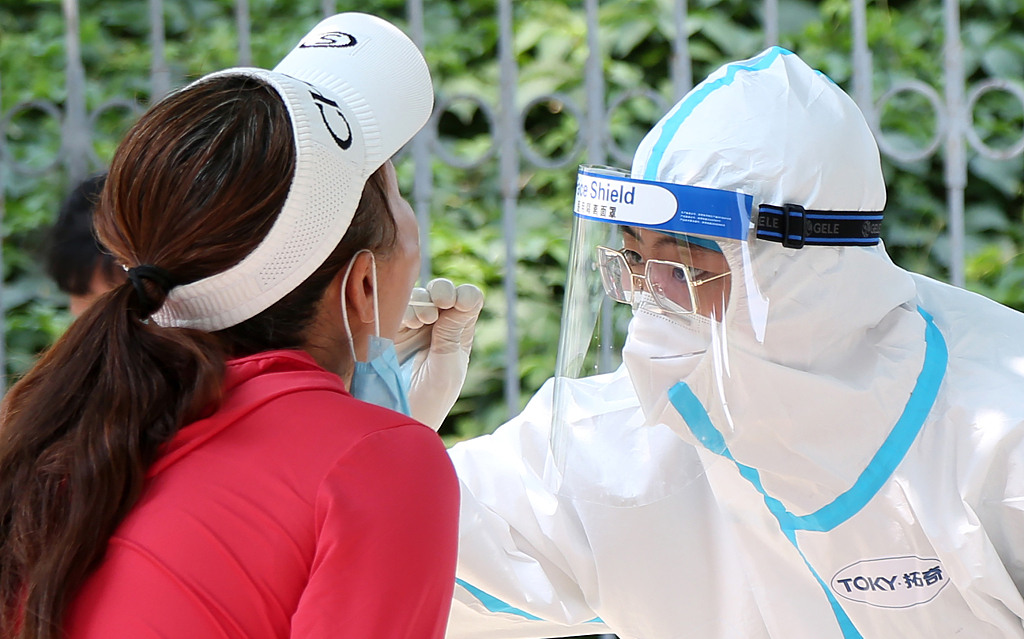 That has brought the number of new cases to 1,997 since April 22, said Liu Xiaofeng, deputy head of the Beijing municipal disease prevention and control center, at the press conference.

Of the new cases, 166 were related to a bar in Beijing's Sanlitun area. They were reported from June 9 to 3 p.m. Sunday, according to the commission.

Currently, the Chinese capital has one medium-risk area for COVID-19.

Xu Hejian, a spokesperson for the Beijing Municipal Government, said the top priority is to trace the infection source while controlling risks to cut off the transmission chain of the virus as quickly as possible.