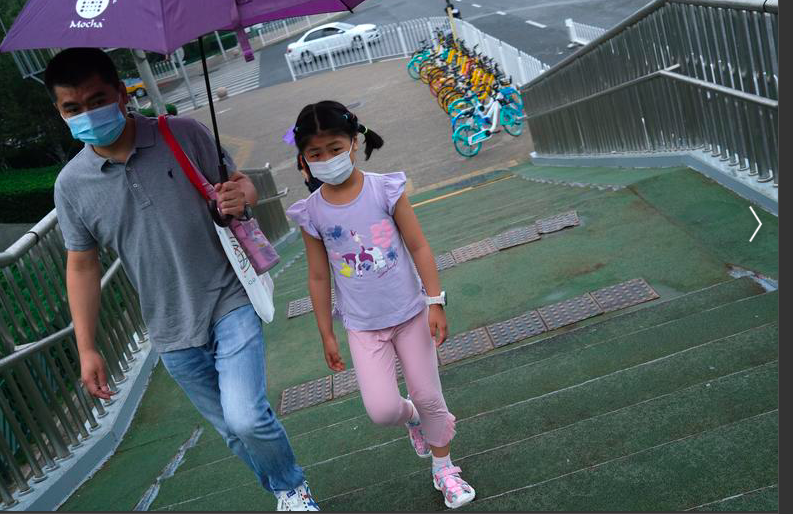 The latest coronavirus cluster in Beijing has been brought under control, according to city officials, with zero new domestic infection reported on July 6 after only one new case was confirmed the previous day. The news comes less than a month after a new cluster of cases were identified near Xinfadi market on June 11, which sparked fears of a second COVID-19 wave.

Now, with only one area of Beijing still classified as high-risk, it seems to have been contained. This has been achieved, thanks to the mass testing of over 10 million people – almost half of the city's population – which quickly identified new cases.

Self-employed resident Wang Cong told CGTN that her community in Wangjing, like many others, offered free tests to everyone living there. It meant that anyone infected could be found quickly, allowing communities and businesses to remain open for the most part. Stephanie Stone, a Beijing-based screenwriter and actor, told CGTN, "It was managed quite quickly but not over-reactionary. My apartment still allowed guests but some restaurants in more expat-friendly parts of town were quickly shut down and remain so." 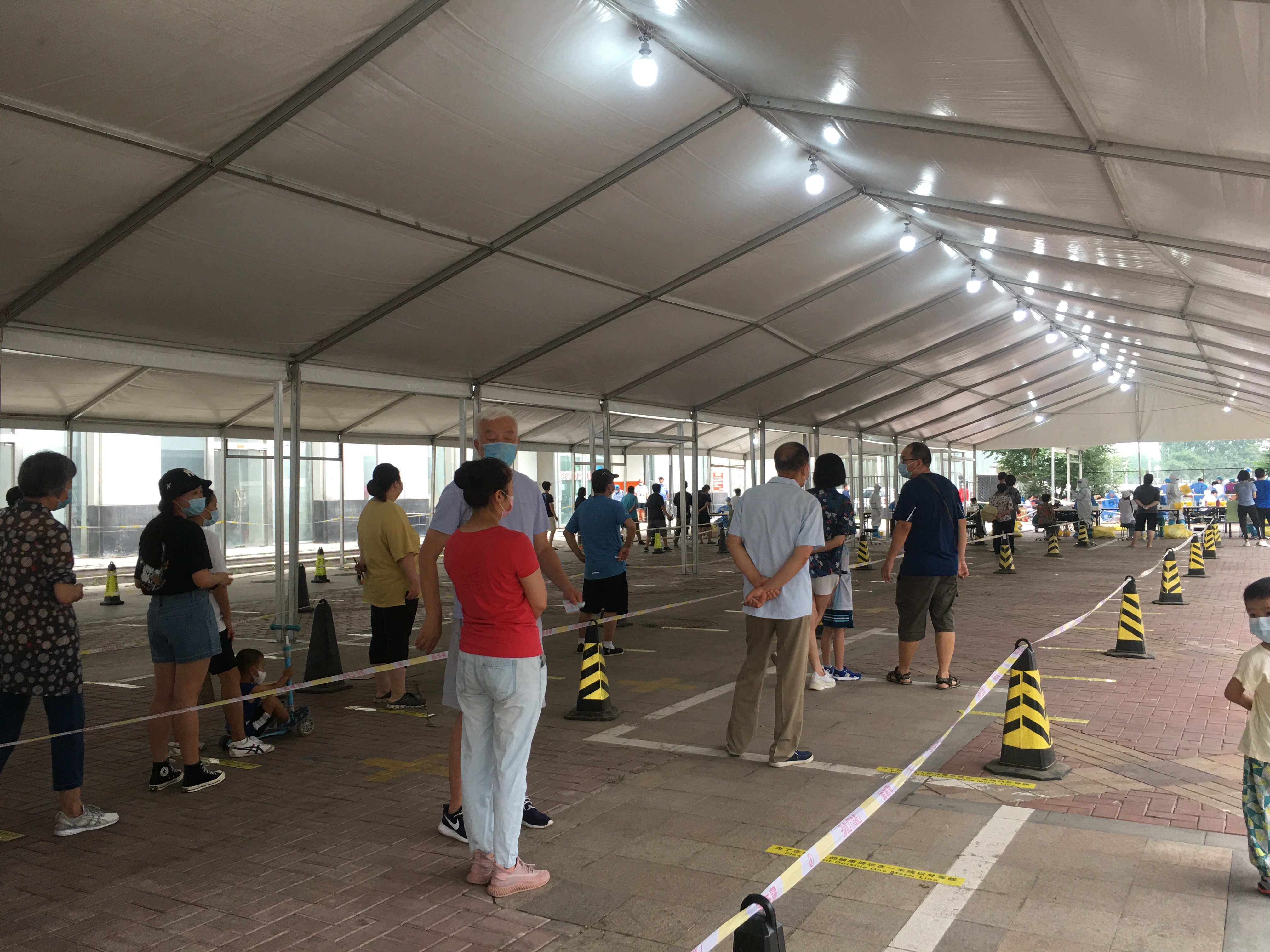 People line up to take free nucleic acid testing in a neighborhood in the Tongzhou District, Beijing. (Photo: CGTN)

The speed at which Beijing tested so many residents is clearly one reason this outbreak was brought under control so quickly. However, the city also proved it had learned lessons from the initial coronavirus outbreak at the start of the year. For example, only areas with confirmed cases were locked down, allowing life to carry on as normal elsewhere.

Sasha Rai, a teacher currently working in Beijing, explained, "Honestly, I feel that overall the second outbreak is somewhat less intense. I was here for most of the first outbreak, and there were worries about food shortages; most places were completely closed. And now it's more along the lines of a curfew. I even see people walking around without masks."

To maintain containment measures, businesses are still required to register visitors, who are also obliged to have their temperature taken and to wear a mask. Still, the more relaxed approach has been well received by most residents, especially business owners who are still struggling after the original coronavirus outbreak. 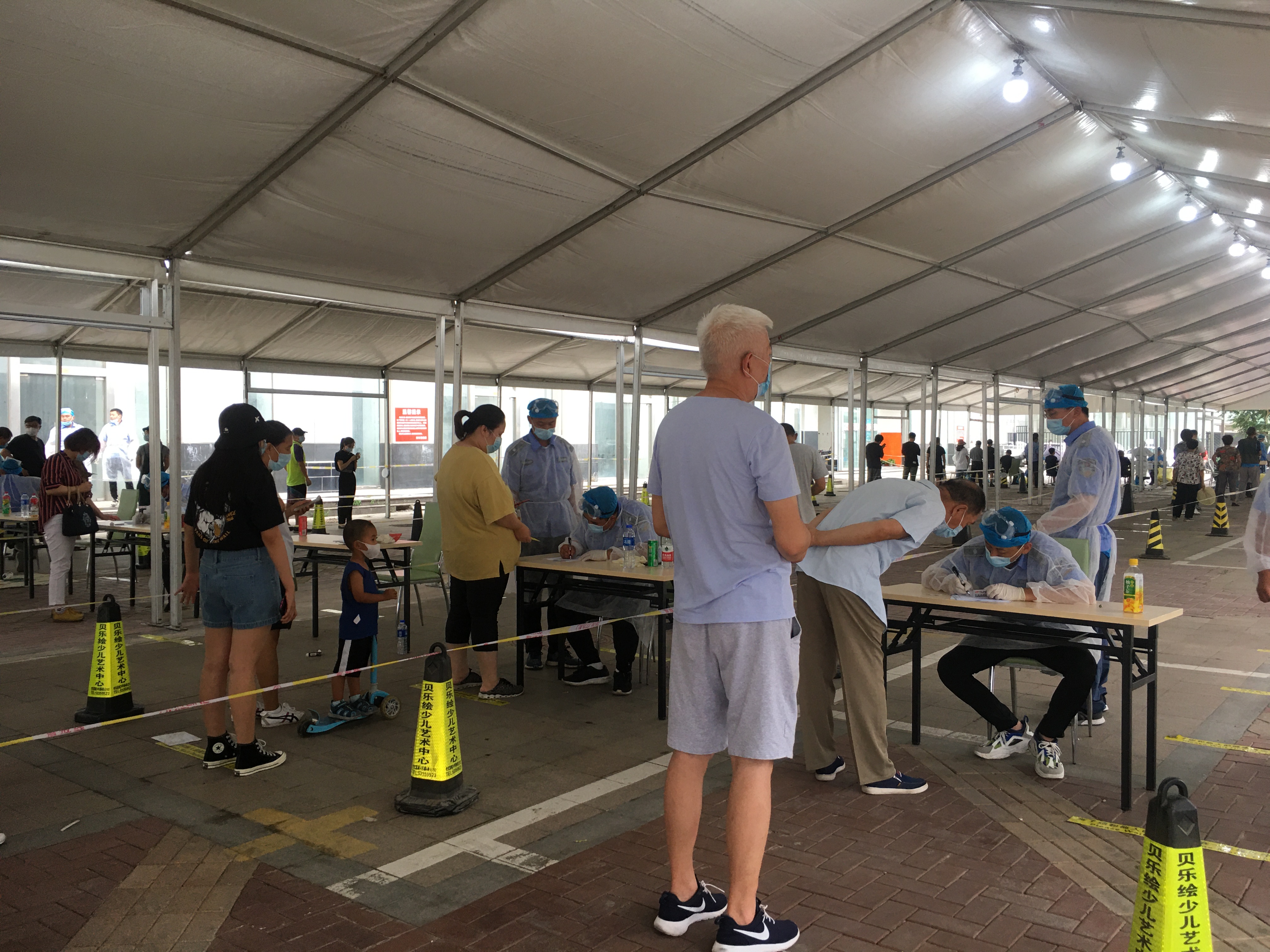 In another positive step, local authorities relaxed travel rules on July 4, allowing Beijingers who live in low-risk areas to depart the city by train without taking a nucleic acid test beforehand. They can now board by simply scanning their ID cards as normal.

But the recent outbreak is a reminder that the coronavirus can reappear at any time, and many people remain fearful about travelling.

"I try to avoid travelling now. Some of my friends said that even though the test is no longer required, they have faced problems when travelling. Another reason is my financial situation. The virus has obviously impacted my work schedule and budget quite badly, so I'm more conservative about money now. I won't consider a vacation this year."

Stephanie Stone shares a similar view. "It is all dependent on what restrictions there are in other cities and if we're required to quarantine when we return to the city," she said. "It changes daily, so deciding to travel is a still a bit of a gamble."