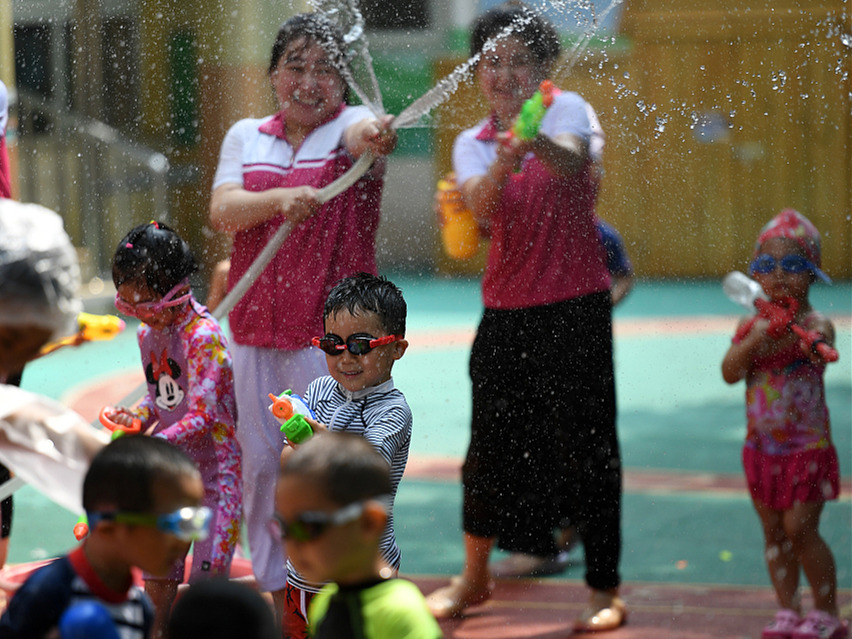 Children played a water fight at a kindergarten in Beijing, July 4, 2018. (Photo: VCG)

The regulation stipulates that every kindergarten should have a safety officer, who should be trained before taking the post. Children should be accompanied by two teachers at the same time. Video surveillance should cover all public areas in the kindergarten. Teacher's behaviors, such as abuse, discrimination, physical punishment and humiliating children, will be dealt with severely.

The regulation sets rules on accident management. On the one hand, public security, education, health and food authorities should share information and eliminate potential safety risks; on the other, an accident report and investigation system will be set up. Once an accident happens in a kindergarten, an emergency plan should be triggered, an investigation will start and the situation will be reported to the public as soon as possible.

The regulation also says kindergarten teachers' salaries should be raised and preschool teachers' training and recruiting channels should be broadened.