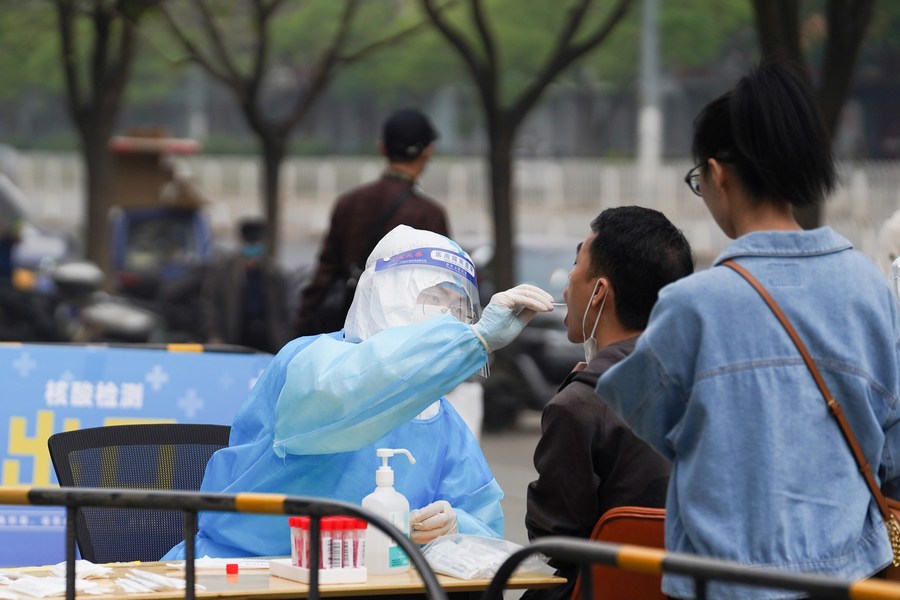 Beijing's newly reported COVID-19 cluster involving a bar has led to 115 infections between midnight Thursday and 3 pm Saturday, and more cases are expected to be found, since the new outbreak is still at the fast development stage, a senior official said on Saturday.

The new locally transmitted cases all relate to a bar in Sanlitun, Chaoyang district, said Liu Xiaofeng, deputy director of the Beijing Center for Disease Prevention and Control, at a news conference.

Beijing reported 61 new locally transmitted cases on Friday and 46 new cases as of 3 pm on Saturday - all from centralized quarantine locations, bringing the total to 115 infections since Thursday, according to Liu.

Of the 115 cases, 107 went to a bar named "Heaven Supermarket" in Sanlitun. Of the rest, two are employees of the bar and the other six are related to confirmed cases.

The new cases caused by the cluster has broken the five straight days of zero such cases before Thursday and brought the total number of infections in Beijing's latest outbreak to 1,946 since April 22.

Liu said more close contacts of the newly reported cluster and other people who had been to the bar were expected to test positive.

"The risk of the virus spreading is high," he said.

Chaoyang district, where the bar is located, has identified 6,158 close contacts of the bar cluster, said Yang Beibei, deputy head of the district government, on Saturday.

After the cluster occurred, Beijing conducted a citywide check on epidemic control and prevention procedures in entertainment places, including all bars.