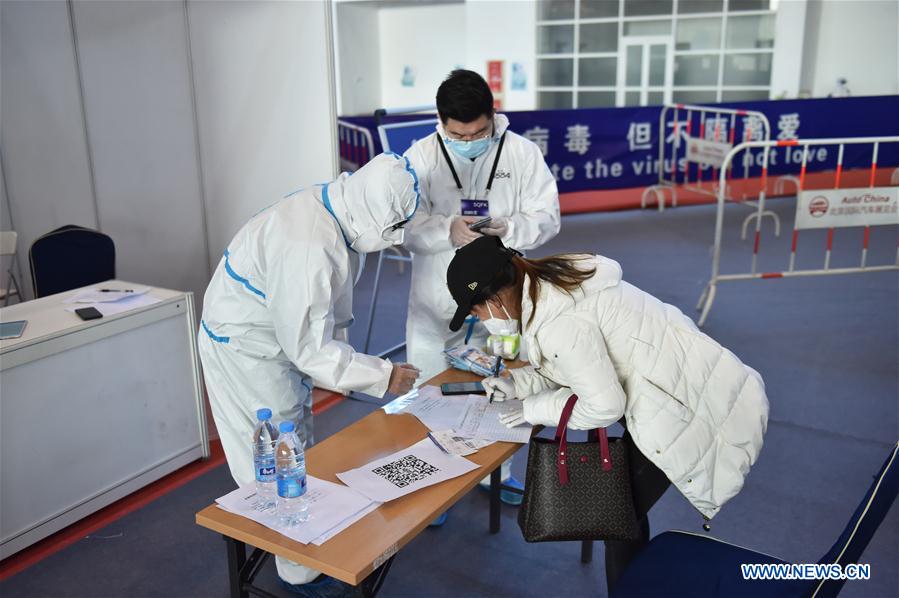 A passenger registers her information at a receiving point at the New China International Exhibition Center in Beijing, capital of China, March 14, 2020. (Photo: Xinhua)

Among the imported cases, seven were from the United Kingdom, seven from Spain, three from Hungary, two from Austria, one from Brazil and one from Luxembourg. That brings the total number of imported cases in the city to 64 by the end of Wednesday.

There have been no new reports of indigenously-transmitted COVID-19 cases in Beijing for 12 consecutive days.

As of the end of Wednesday, Beijing had reported a total of 479 confirmed cases. Of the total, 379 had been discharged from hospital after recovery.