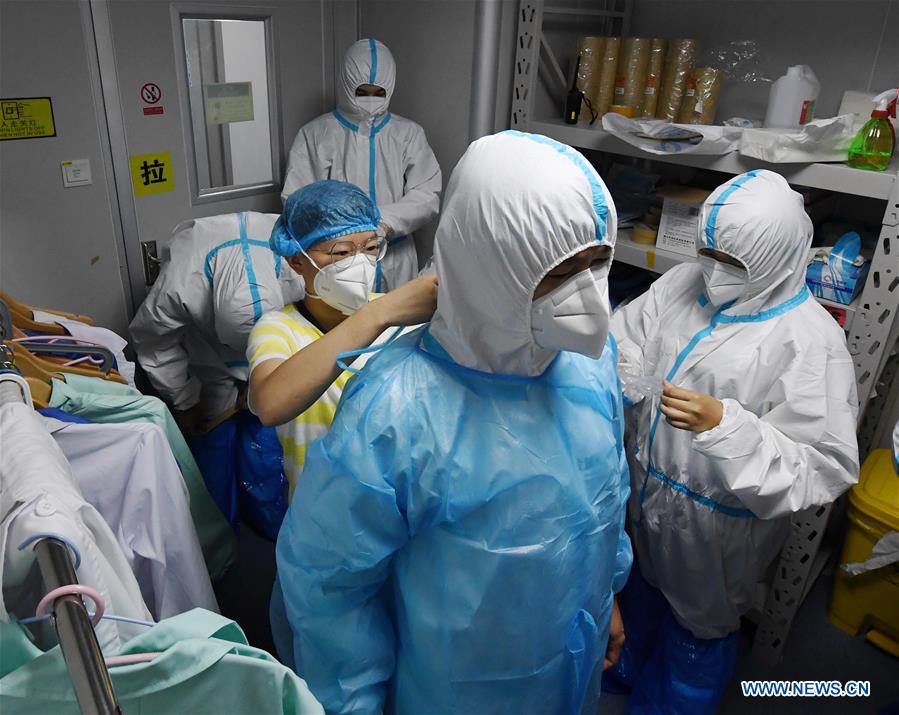 Staff members help each other put on protective suits before entering the laboratory of KingMed Diagnostics, a Chinese medical diagnostic testing company in Beijing, capital of China, June 25, 2020. (Photo: Xinhua)

Four suspected cases and one asymptomatic cases were reported in the city Sunday, according to the commission.

From June 11 to 28, Beijing reported 318 confirmed domestically transmitted cases, all of whom were receiving treatment, the commission said in a daily report.

Meanwhile, there are 26 asymptomatic cases still under medical observation, the commission said.