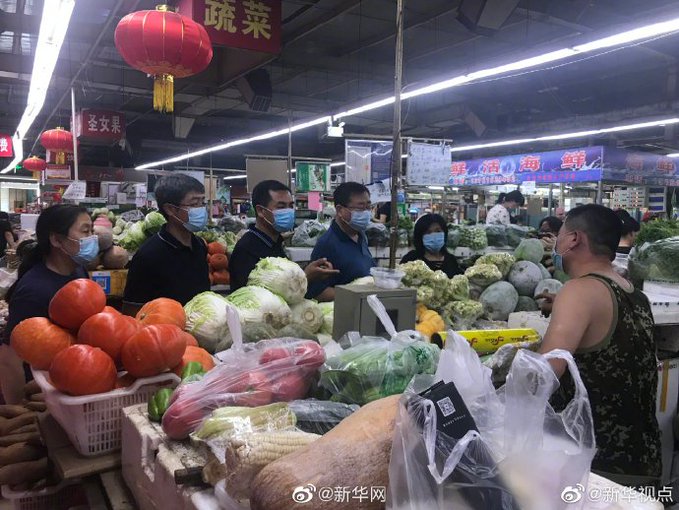 In one of the infections, a purchaser and cook in a restaurant, who had been to the Xinfadi market to buy products, was infected and later infected six co-workers, who had never been to the market. This was according to Pang Xinghuo, deputy director of the Beijing center for disease control and prevention.

Most of the latest COVID-19 cases reported in Beijing were related to Xinfadi, a large wholesale market of fruits, vegetables, and meat for the national capital city with a population of more than 21 million.

The now-closed market supplies about 70 percent of the capital's vegetables, 10 percent of pork, and 3 percent of beef and mutton. Enditem