Beijing reported no new domestically transmitted COVID-19 cases on Wednesday for the third day in a row. The total number of cases in the city stands at 335 since the cluster outbreak was discovered at the Xinfadi market on June 11, according to the municipal health commission. 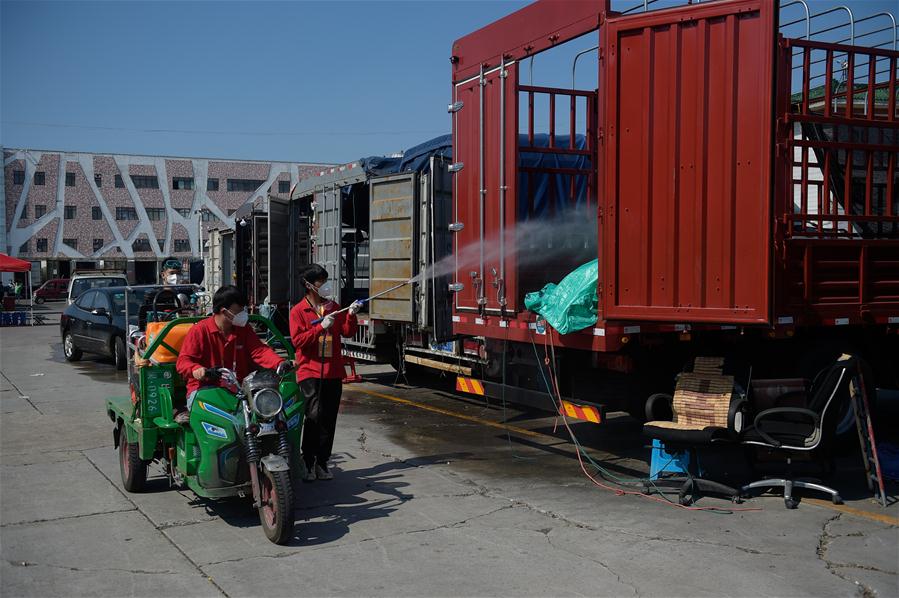 Staff members disinfect vehicles parked at the Xinfadi market in Fengtai District of Beijing, capital of China, July 7, 2020. From Tuesday, people at high risk of exposure to the Xinfadi market, will gradually be released from quarantine. (Photo: Xinhua)

Meanwhile, one asymptomatic case was reported on Wednesday; 26 asymptomatic patients are currently under medical observation in the Chinese capital.