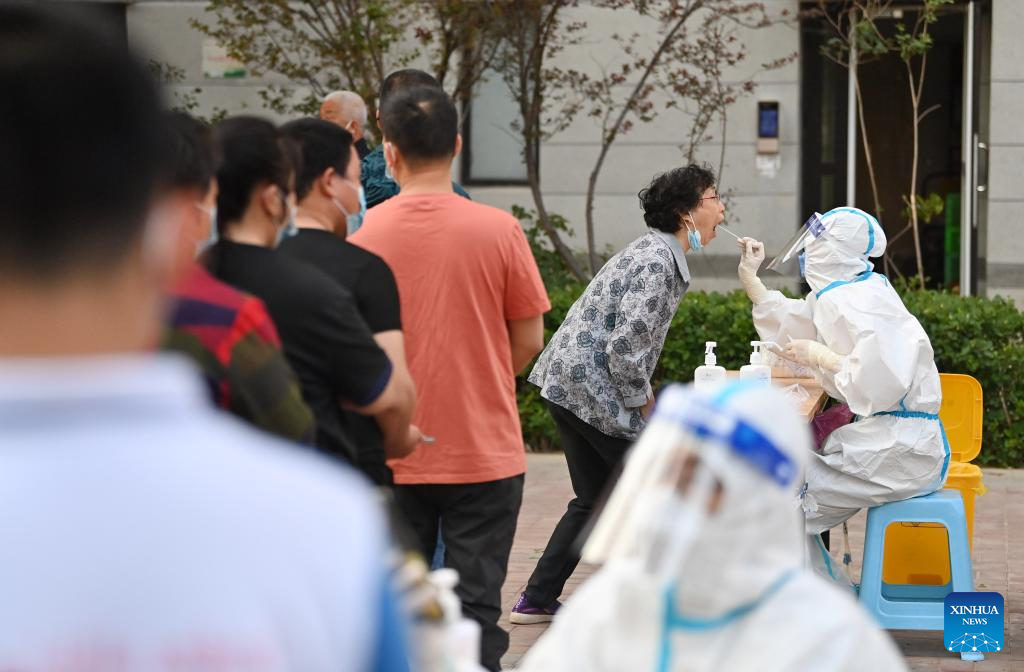 BEIJING, May 30 (Xinhua) -- Beijing reported 18 locally transmitted COVID-19 cases on Monday as of 3 p.m., including 17 among those quarantined for observation and one from community screening, an official told a press conference Monday.

The newly emerged community case indicated that the risk of a resurgence still exists, said Liu Xiaofeng, deputy director of the Beijing Center for Disease Prevention and Control.

Meanwhile, normal production and life are being resumed in areas with no new community cases for at least seven consecutive days, said Xu Hejian, a spokesperson for the Beijing municipal government.