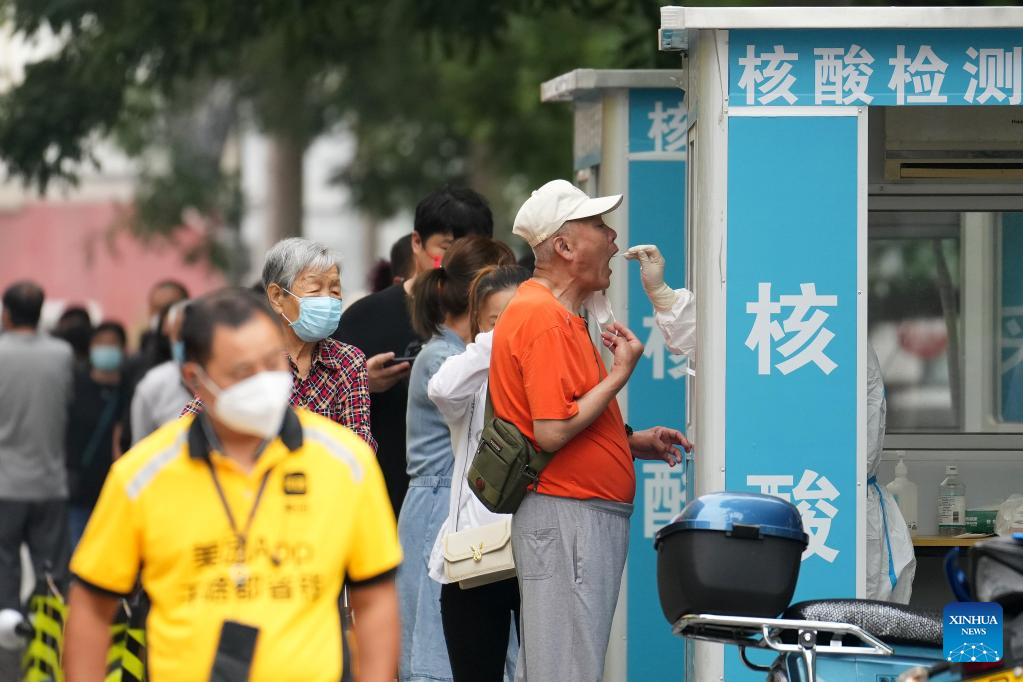 Beijing reported 115 infections in a new COVID-19 cluster related to a bar from Thursday to 3 p.m. Saturday, local authorities said.

The cases have been found citywide, including 107 visitors to the bar in Chaoyang District, two bar staff and six close contacts, said Liu Xiaofeng, deputy head of the Beijing municipal disease prevention and control center, at a press conference on Saturday afternoon.

It is expected that more cases related to the bar will be found, and the risk of the virus resurgence spreading is high, Liu added.

The Chinese capital will adjust its original plan announced on June 5 to resume offline classes in primary, middle and high schools as well as kindergartens, said Xu Hejian, a spokesperson for the Beijing Municipal Government.

The ninth graders who are not involved in infections are scheduled to return to campus for offline classes on June 13, while students of other grades will still attend online classes, according to Xu.