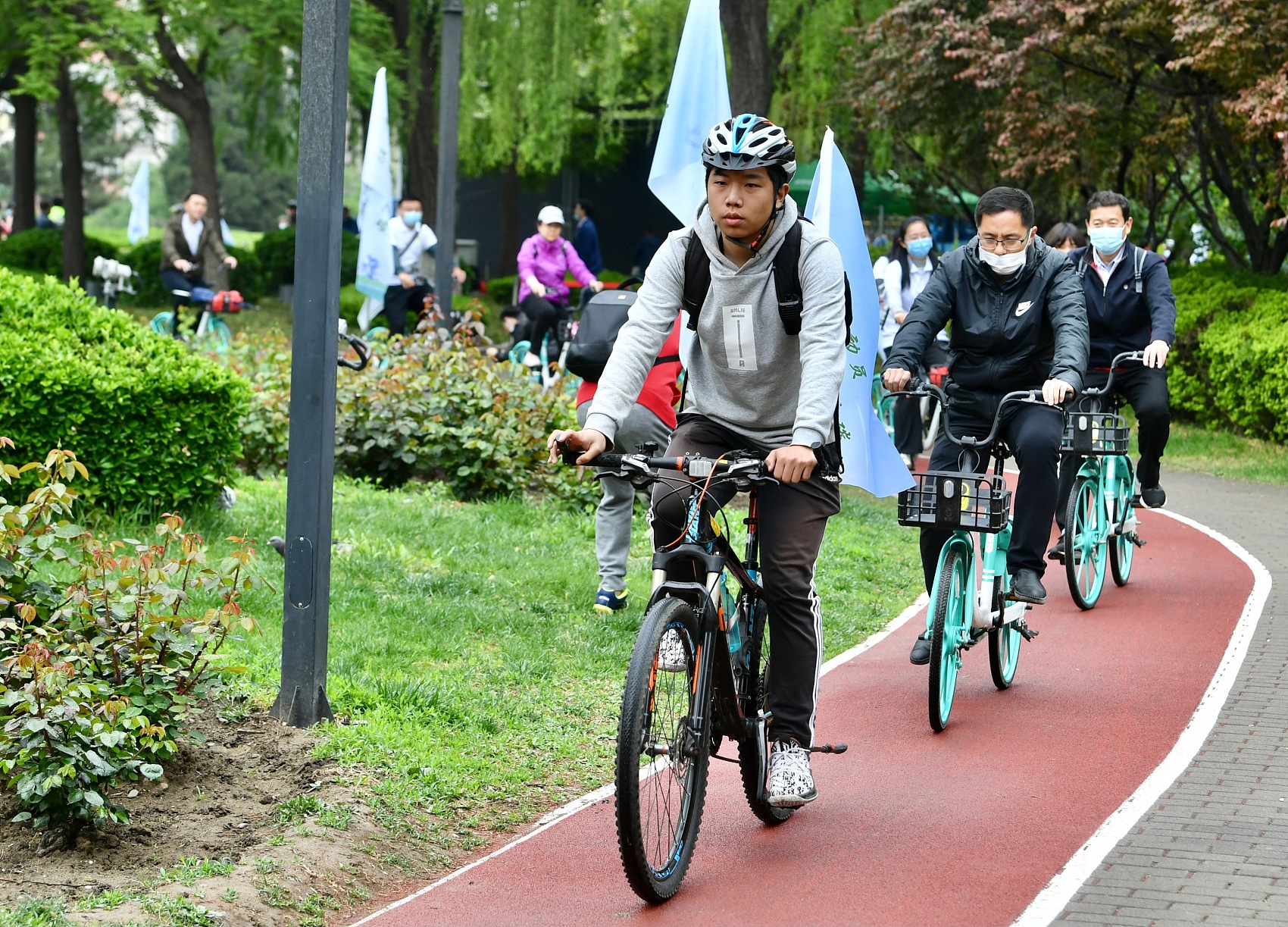 BEIJING, May 20 (Xinhua) -- Beijing's first bicycle-only road has seen over 3.18 million trips since its launch nearly two years ago, according to the Beijing Municipal Committee of Transport.

A daily average of about 4,000 to 6,000 trips were made on the road, with an average distance of 3.8 km per trip, according to the commission.

The 6.5-km bikeway was opened in late May of 2019 to ease traffic pressure and cut the commute time between Huilongguan, a densely populated residential community, and Shangdi, where a large number of high-tech companies are located.

The road is estimated to have cut carbon emissions by more than 800 tonnes, according to Hu Ying, a senior engineer with the Beijing Transport Institute.

A project to extend the bikeway westward was completed in July 2020. Further extension projects will be advanced this year, according to the commission.