Beijing's elderly population is expected to be around 7 million by 2035, taking the city's average age to a significantly high level, a development plan said on Friday. 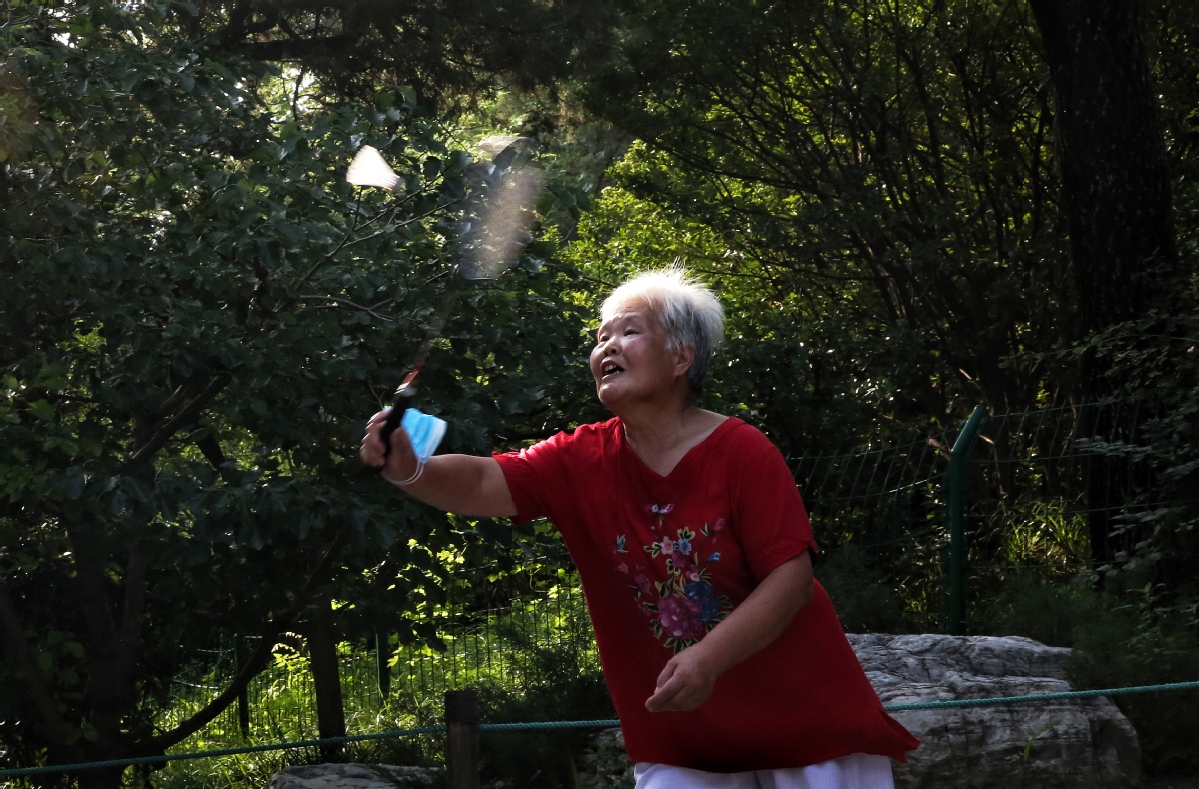 An elderly woman plays badminton at Jingshan Park in Beijing on July 20, 2020. [Photo by Jiang Dong/chinadaily.com.cn]

The plan, prepared by the Beijing Working Commission on Aging, said that at the end of last year Beijing's permanent population of people over 60 years old was around 4.3 million, an increase of 637,000 from the end of 2015.

It is estimated that the elderly in the capital will reach 24 percent, with the trend evolving from mild to moderate. By 2035, it will be about 7 million, or 30 percent of the total population, meaning the city will enter the advanced stage of aging society.

The rapidly aging population will be the new normal, the plan said.