Beijing Fengtai Railway Station, the Chinese capital's oldest, is set to resume services on June 20 after a four-year reconstruction. 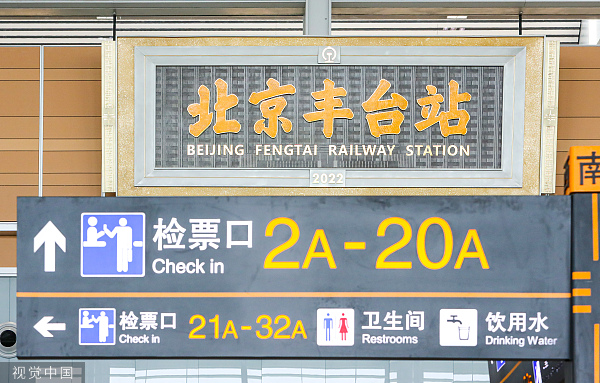 Once reopened, the station will serve as the terminal for multiple arterial train lines in China, such as the Beijing-Guangzhou High-speed Railway and Beijing-Kowloon Railway, said the China State Railway Group Co., Ltd., the country's railway operator.

The operator said it would put 120 trains into service for the preliminary stage of the railway station's operation.

Beijing Fengtai Railway Station was built in 1895 in southern Beijing's Fengtai District. It used to provide both passenger and freight services until its closure in 2010. Reconstruction of the station commenced in September 2018.

The reconstructed station has a gross floor area of nearly 400,000 square meters as well as 32 rail tracks and 32 platforms. It will be able to accommodates a maximum of 14,000 passengers per hour.

It is the country's first railway station featuring a double-deck structure that serves both high-speed and regular train services.