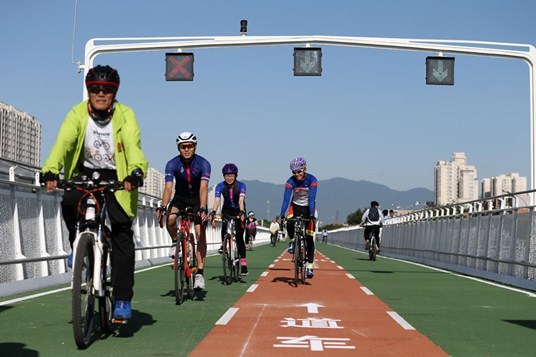 Beijing's first bicycle-only road has seen over 1.4 million rides since it opened on May 31, 2019, according to local authorities.

The 6.5-km bikeway, including a 2.7-km overpass, has helped reduce the commute time in the city's north between Huilongguan, a densely populated residential neighborhood, and Shangdi, where a large number of high-tech companies are located.

An average of 11,600 people commute to work daily in the area.

The daily rides on the road were between 4,000 to 6,000 over the past year and it has seen a quick recovery since March as more people got back to work after COVID-19 waned across the country.

Beijing issued a three-year plan in 2018 to help large and densely populated communities like Huilongguan address their traffic, educational and healthcare shortages.