Beijing's first bikeway, which connects Huilongguan in Changping district and Shangdi in Haidian district for cyclists, has finished the colored pavement and is about to open this week. 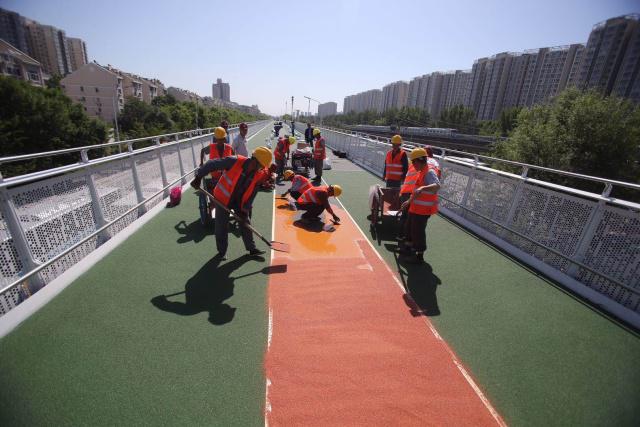 The bicycle-only road has a maximum speed of no more than 15 kilometers per hour and is forbidden to entry by pedestrians, electric bicycles and other vehicles, according to traffic rules on the bikeway released by the Beijing Municipal Commission of Transport.

Cyclists should travel on the right and be aware that riding against the traffic and parking are not allowed on the bikeway. In the event of a bicycle breakdown, cyclists should wheel their bikes to the nearest exit and leave the bikeway, keeping to the right side of the road, said the rules. There are eight entrances and exits on the 6.5-km bikeway and six of them are equipped with assistive mobility devices for bicycles. 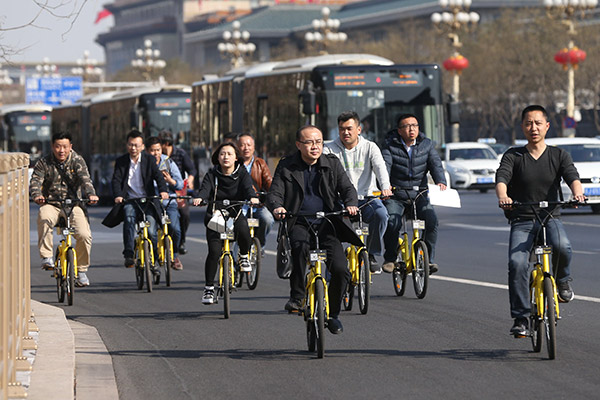 To better meet the needs of commuters, a reversible lane has been introduced on the bikeway, and cyclists should ride in the direction shown on the signs.

Some 11,600 commuters travel between Huilongguan and Shangdi daily, and the opening of the reversible lane is expected to provide convenience to them during rush hours.