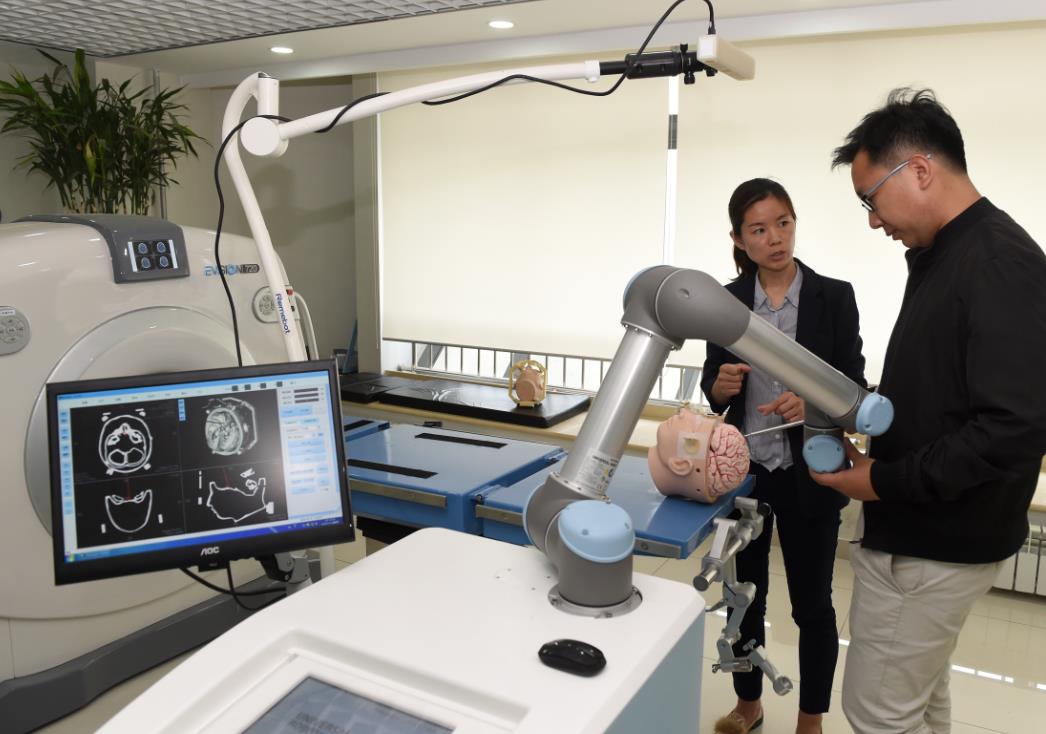 Staff of Remebot, a Zhongguancun, Beijing-based producer of orientation and navigation robots for neurosurgery, fine tune the equipment on May 10, 2018. (Photo: Xinhua)

Official data revealed Friday showed that more than 300 patents for every 10,000 residents were registered in Haidian district last year, 30 times higher than the national level.

In 2018, a total of 22,300 patents were authorized in the district, accounting for 47.5 percent of the overall authorization in the capital city.

As Beijing shifted its function towards the service sector, Haidian coordinated with the municipal step and rolled out a policy package last year to lure funding and talent to flow into information technology, new materials, healthcare and other high-tech sectors.

The number of high-tech enterprises at state level located in Haidian exceeds 10,000, a new record. The local government also said about 50 new sci-tech firms start to run in the district every day and owns 40 unicorn firms, the second largest in the world behind Silicon Valley.