BEIJING, Feb. 23 (Xinhua) -- Beijing's health campaign has covered close to 7,000 districts and villages since it was launched in mid-January, local authorities said Sunday. 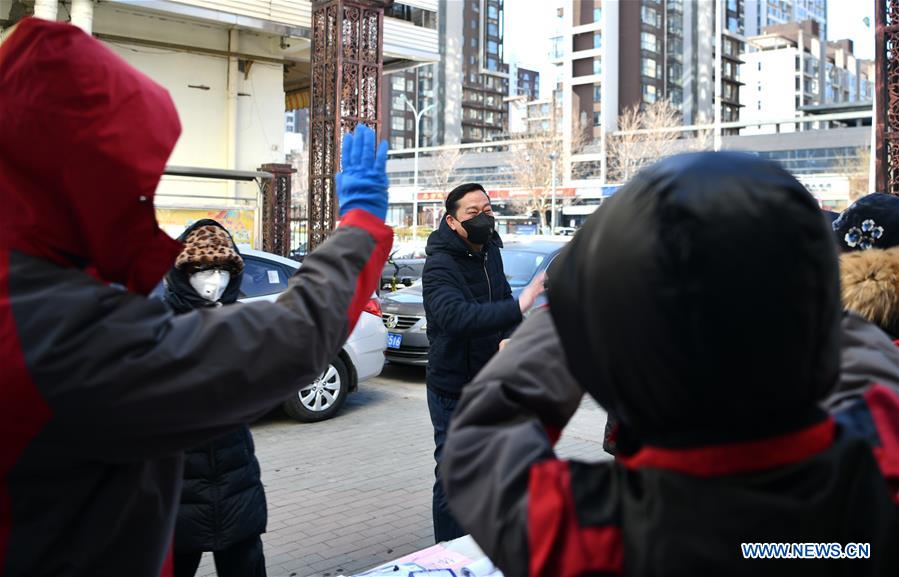 Community workers on duty waves goodbye to Yang Ming (C) who brings free takeouts to them at a community in Tianjin, north China, Feb. 22, 2020. (Photo: Xinhua)

The project aims to maintain a clean environment and stop disease transmission by preventing and controlling virus-containing media during the winter and spring seasons, said Gao Xiaojun, with the Beijing Municipal Health Commission.

So far, authorities have carried out cleaning work in public venues, cleaned and disinfected streets and communities, and worked to get rid of rats and mosquitoes.

The government has also called on the public to strengthen health awareness.