Beijing's newly built airport has been named "Beijing Daxing International Airport" and its support projects will be completed and verified on June 30 next year and put into operation before September 30. 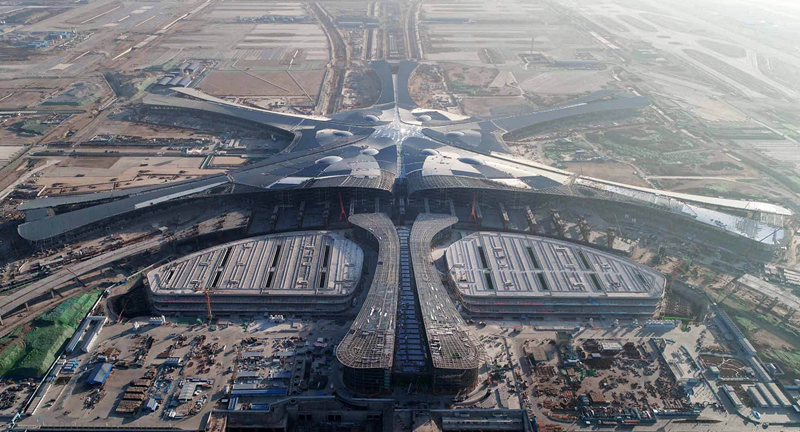 The earthwork of the new airport's flight area is 93 percent complete, with the pavement 62 percent done.

The flight area project is scheduled to be completed in May next year. Its terminal building is being constructed, including mechanical and electrical facilities and boarding bridge.

The building will be completely renovated by April 2019. The air traffic control terminal control center is undergoing interior decoration and electromechanical installation, and the main Aviation Oil Storage Tank has been completed, as well as the test water test.