CHINA Beijing's new airport to be linked with railway, subway

Beijing's new airport to be linked with railway, subway

BEIJING/TIANJIN, Dec. 27 (Xinhua) -- Construction of a traffic network surrounding Beijing's new airport on the southern outskirts has gained momentum before the aviation hub is scheduled to start test operation by September next year. 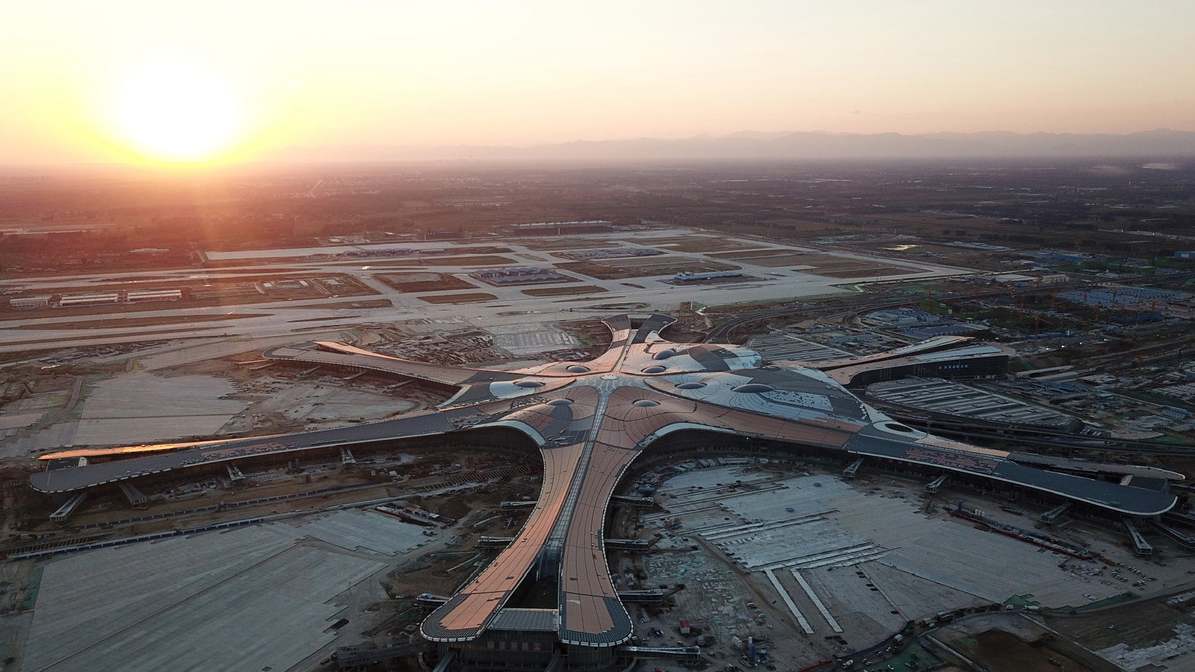 The airport is expected to starting operating in 2019. (File photo: VCG)

A subway linking Beijing's urban districts with the airport, Beijing Daxing International Airport, is under construction, while a high-speed railway will be built to connect the airport with Tianjin, which is 120 km east of Beijing, sources with the transport authorities of the two cities said.

The first phase of the subway, with a total length of 41.36 km, has come to the final stage of construction with the completion of its three stations, according to the Beijing Major Projects Construction Headquarters Office.

The line is interwoven with Beijing's subway network and will start test run simultaneously with the airport in September.

The new airport, located 46 km south of downtown Beijing, is designed to take pressure off the overcrowded Beijing Capital International Airport in the northeastern suburbs.

The planned railway will enable a 36-minute ride from the airport to Tianjin.

Another railway construction under preparation is designed to link the planned Terminal 3 of the Tianjin Binhai International Airport with the Beijing-Shanghai high-speed railway, one of the busiest railway lines in China.

"The year 2019 will see a great leap forward in the integration of the transport network in the Beijing-Tianjin-Hebei region," said Wu Bingjun, deputy director of the Tianjin Municipal Transportation Commission.