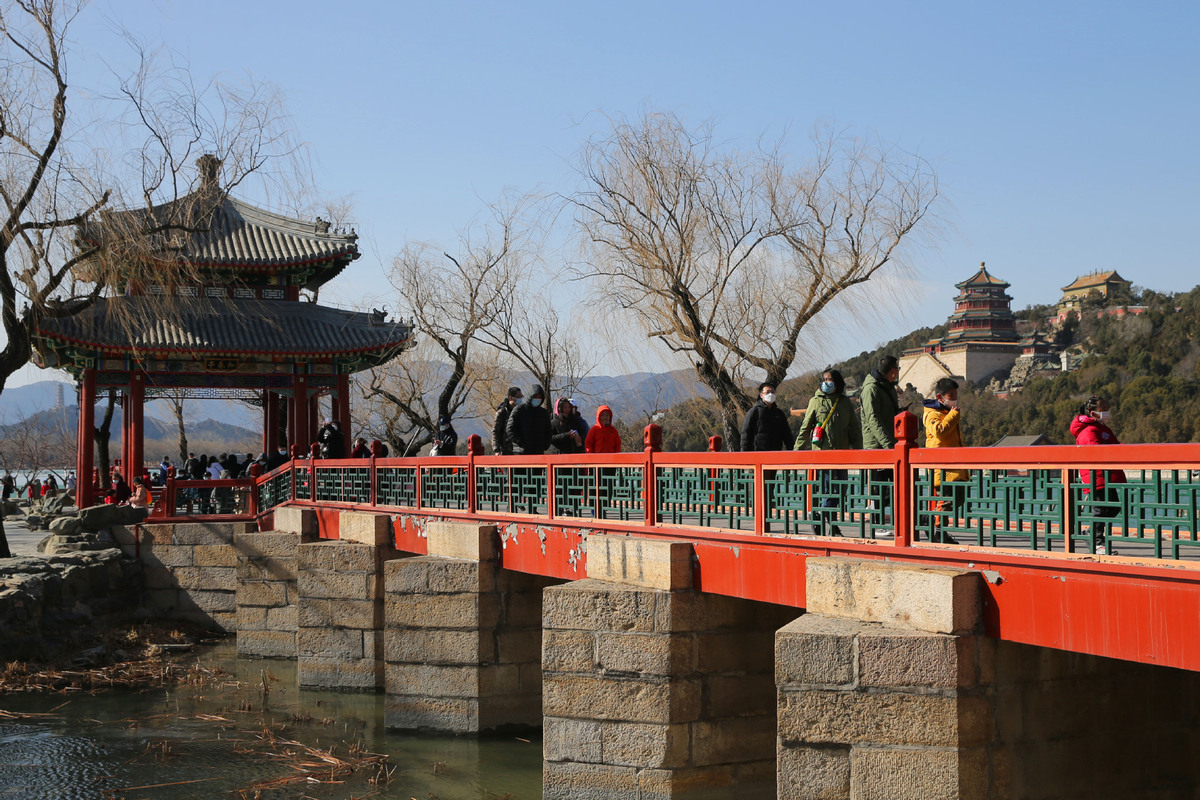 BEIJING -- Parks administered by the municipal government and the Museum of Chinese Gardens and Landscape Architecture received 1.64 million visitors during the holiday that lasted from Feb 11 to 17, up 167 percent compared with the same holiday last year, according to the Beijing Municipal Administration Center of Parks.

Tiantan (Temple of Heaven) Park, Beijing Zoo and the Summer Palace were the most-visited destinations, receiving 248,700, 226,000 and 204,300 visitors during the holiday, respectively.

Amid regular epidemic control, online ticket reservations were required, and caps on the number of visitors were set to prevent overcrowding. The daily reservations of the parks did not exceed 50 percent of their daily visitor capacities.

Online tours were also a popular choice, allowing people to enjoy the beauty of parks while avoiding cross-infections. According to the center, an online livestreaming activity offering a park tour attracted nearly 2 million viewers during the holiday.