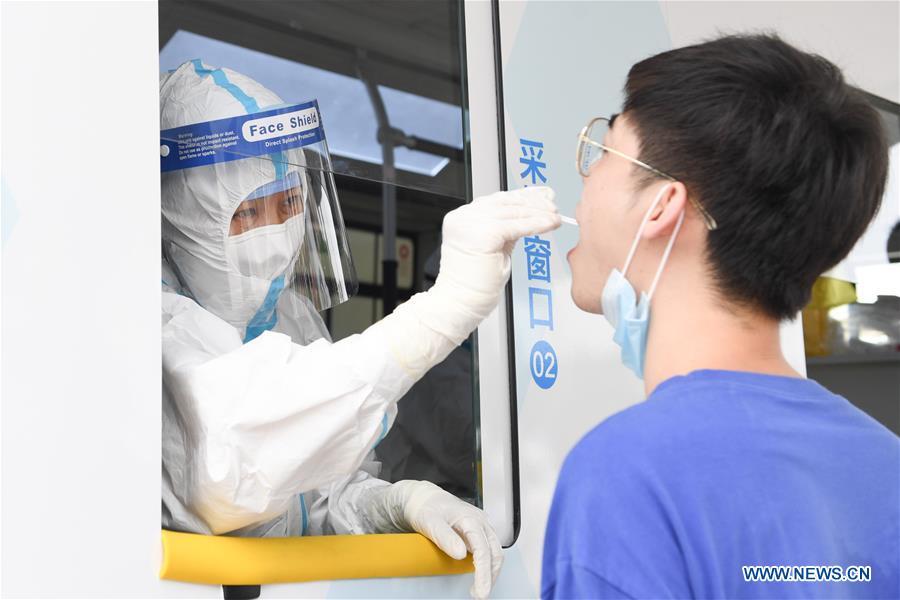 A medical staff member takes a throat swab sample from a man at a newly-adopted mobile testing vehicle in Xicheng district of Beijing, June 28, 2020. (Photos: Xinhua)

Beijing is working hard to effectively contain the spread of the latest cluster of COVID-19 cases. Countries all over the world, such as Singapore and Germany, have also suffered some resurgence despite dealing with the initial first outbreak with vigorous measures.

The ability to deal with such unfortunate, but largely expected occurrences is something local authorities in Beijing are becoming accustomed to handling with speed and conviction. How authorities are preventing second waves in countries that were the first to suffer a viral outbreak is undoubtedly of much interest for those around the world preparing for a possible repeat.

The key to controlling the new infections as seen in Beijing, is testing efficiency. The city currently has a capacity to test over one million people a day, and just how it manages to do so is both a technological feat in itself and a testament to the tenacity of local authorities.

The importance of testing for effective isolation of those infected cannot be understated. Compared to countries such as the United Kingdom, where the entire country has just reached a capacity to test 200,000 a day, this highlights the important steps taken by the Chinese authorities in dealing with this virus, and how other countries should learn from it.

Coordinated pooling of laboratory manpower across the nation has been vital. A test is only as good as the laboratory technicians and scientists who process them, and staff from Liaoning and Hubei provinces, as many as 200 of them, have been drafted into Beijing to help facilitate the high level of daily testing demanded.

It is not just staff that are needed to facilitate tests however. The raw supplies and materials needed to produce the tests in the first place should also be of top priority, in particular, reagents and chemicals needed to extract the RNA from nasal swabs.

Countries looking to prevent a second wave would be well advised to stock up on the necessary ingredients to prevent an international scramble as happened the first time round. Lessons, hopefully, will have been learnt by governments from that early chaos. 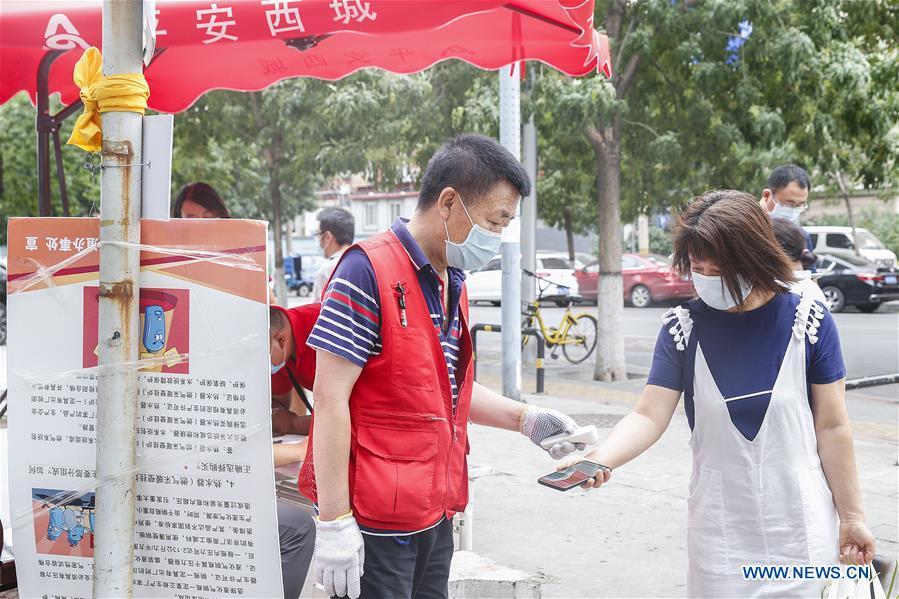 A community staff member checks a resident's body temperature at the entrance of a community in Xicheng district of Beijing, June 17, 2020.

In its second phase of dealing with COVID-19, Beijing has adopted some stricter measures, such as the addition of 24-hour security checkpoints in local communities. Areas of high risk have been pinpointed, and targeted measures for each area to prevent infections are also in place.

Movement in and out of specific neighborhoods have been carefully monitored, with each area being considered for alterations to restrictions on a case by case basis. Track and trace systems are prioritized for those deemed vulnerable, or at risk due to their profession (e.g. medical staff). This is ensuring that the entire city of 21 million does not grind to a halt.

It is the speed and conviction of the decision-making process that is a weapon all authorities around the world can choose to utilize in the face of the deadliest pandemic of our time. The virus has many biological weapons on its side, with the threat of asymptomatic carriers and respiratory transmission deep in the anxieties of our global population.

However, Beijing's swift response to its outbreak, which is highly likely successful, should be of interest to other local authorities around the world.

Jorge Holloway is a global technology and business commentator based in London, initially specializing in start-ups and technology PR.