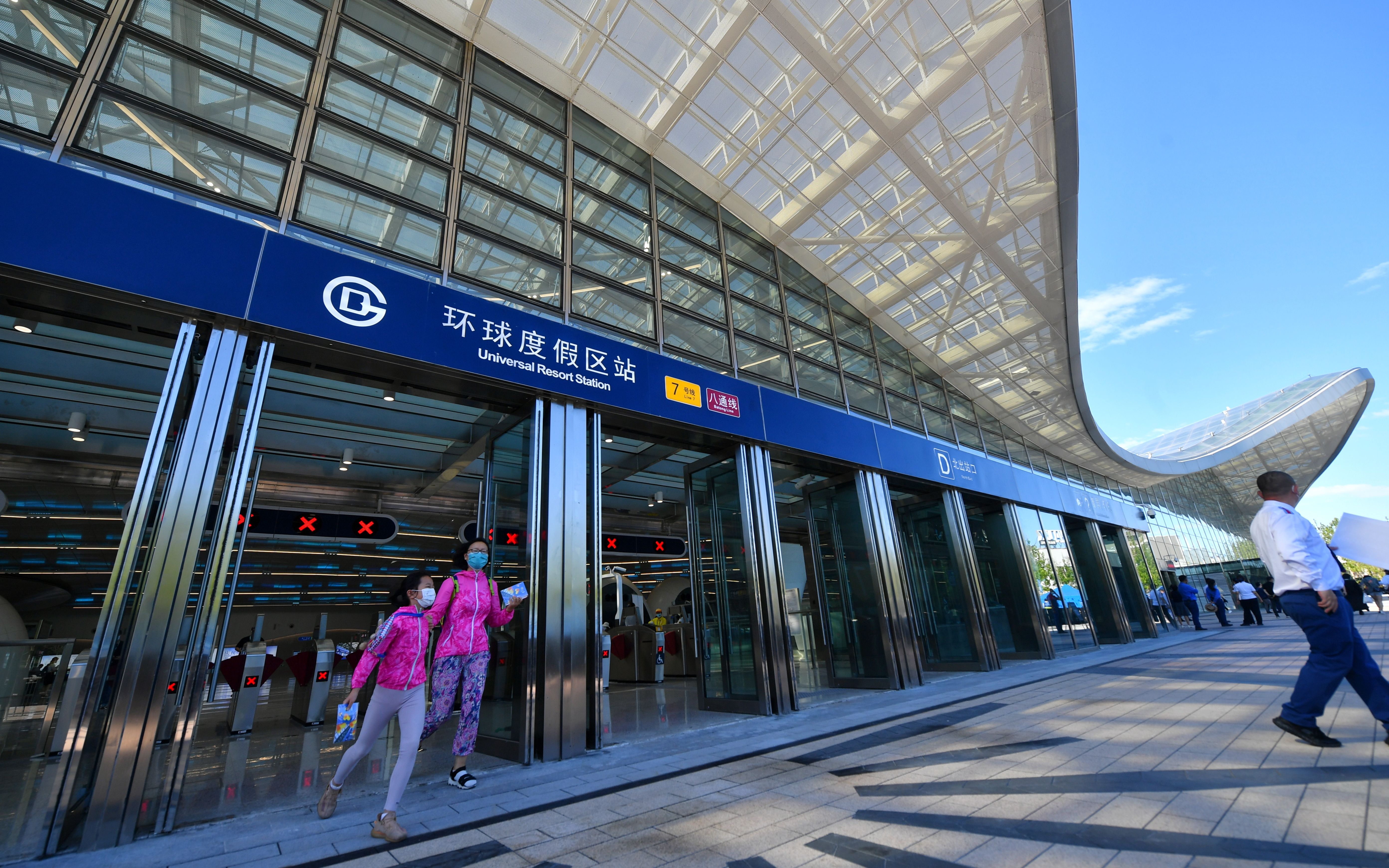 On Aug. 26, the Universal Resort urban rail transit station began trial operations as part of the resort's ongoing transportation testing, according to the Beijing Municipal Commission of Transport.

As one of the supporting facilities built for the Universal Beijing Resort, the rail transit station connects the southern extension of Batong Line and the east extension of Beijing Metro Line 7. Tourists can also take Line 1 after it completes cross-line operations with the Batong Line and travel directly from western Beijing's Shijingshan district to the resort.

The station has six entrances and exits altogether, with the Beijing Universal City Avenue entrance located only a seven-minute walk from the station's exit B, C, and D.

According to Beijing Subway, when the resort opens for business, staff at the station will intensify efforts to ensure the smooth flow of passengers, especially at night. A series of epidemic prevention and control measures, such as mask-wearing, are also strictly implemented.

In addition, two bus routes, including route 589 and T116, have been extended to the resort to better meet the needs for public transportation to the area.

Two highway interchanges and exits have also opened to traffic in a bid to provide more convenience to tourists who intend to drive to the park.