BEIJING, Sept. 15 (Xinhua) -- Beijing's total area of wetlands larger than one hectare has amounted to 51,400 hectares, accounting for 3.13 percent of the city's land area, authorities said on Sunday. 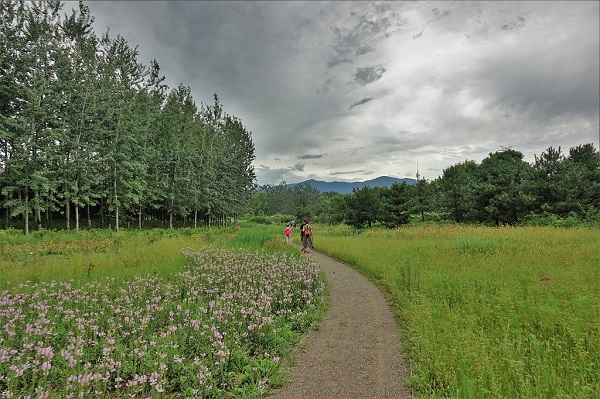 The city also plans to restore 8,000 hectares of wetlands by the end of the 13th Five-year Plan period (2016-2020), with 3,000 hectares of new wetlands added, according to the municipal gardening and greening bureau.

The existing wetlands of the city mainly consist of five major water systems including the Yongding river and more than 20 medium and large-sized reservoirs.

Beijing so far has 11 national and municipal-level wetland parks, covering a total area of 2,500 hectares, and 1,300 hectares of small-sized wetland reserves.

More efforts are being made to speed up the restoration and rebuilding of wetlands in different areas of the city, the bureau said.

Small and micro-sized wetlands will be built in urban core zones, while large forested wetlands are expected to be created in the city's sub-center of Tongzhou District, the vicinity of the newly-built Beijing Daxing International Airport, venues for the horticultural expo and the 2022 Winter Olympics, and the Yongding River valley.