BEIJING, Jan. 31 (Xinhua) -- Beijing's Yanqing district, one of the three host sites for the 2022 Beijing Winter Olympics, is accelerating its major project construction for the games, of which 24 projects having been put into operation up to Saturday, according to an official from Yanqing district government. 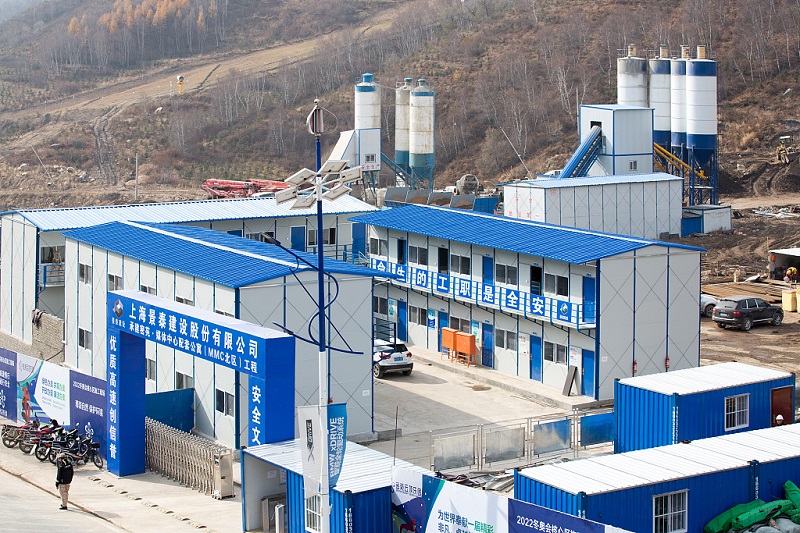 Located in the northern suburbs of Beijing, more than 70 percent of Yanqing district is the mountains area. Alpine skiing, bobsleigh and luge will be held in the district during the Winter Games. 54 percent of the Olympic key venue and infrastructure construction with tight schedules belongs to Yanqing, most of which need to be finished before the end of 2019.

Currently, the construction of 35 major projects of the Winter Olympics has being implemented at a steady pace, including three projects finished, 21 projects under construction, such as National Alpine Skiing Center and National Bobsleigh and Luge Center, the rest are to be developed following the schedule, according to Song Haitian, the vice-director of Winter Olympics Office of Yanqing district.

Besides of these major projects, Yanqing district will also concentrate on preparations for Alpine Skiing World Cup held in February, 2020.

"The Alpine Ski World Cup will be an important test event before Beijing Winter Olympics, which means several tasks containing venues, racetracks, services for the Olympics are to be checked through the event," Song Haitian said, "that will also be a challenge for us."