A thorough disinfection of the Xinfadi Wholesale Market, reportedly the source of the latest COVID-19 outbreak in Beijing, has been completed, a spokesperson for the municipal government announced during the city's regular press conference on July 7. 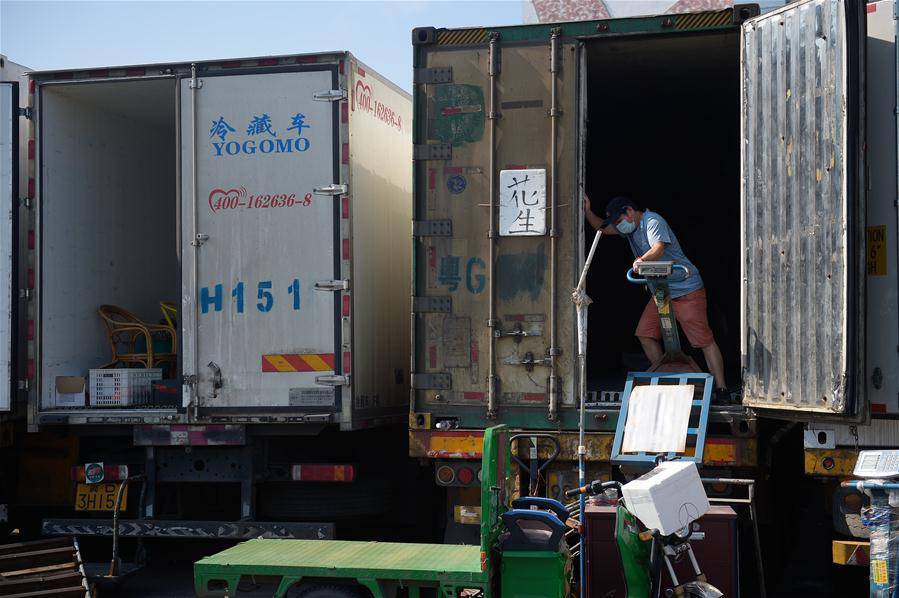 A man who finished quarantine arranges goods on his van in Beijing, capital of China, July 7, 2020. From Tuesday, people at high risk of exposure to the Xinfadi market, will gradually be released from quarantine. The first batch of over 5,000 people will be released in an orderly manner, according to authorities of Fengtai District. (Photo: Xinhua)

Xu Hejian, spokesperson for the municipal government and director of its information office, said that since the latest outbreak in the Xinfadi Wholesale Market, Beijing has managed to maintain single digits for newly diagnosed cases for eight consecutive days. On July 6, no new suspected or asymptomatic cases were reported, and more patients were discharged from hospital after recovering. Xu added that the overall situation in the capital is now stable, prevention and control strategies have proven effective, and successful prevention and control can be expected.

However, the spokesperson also cautioned that zero increases does not mean that Beijing is free from risk, adding that the achievement should be continuously consolidated.

Xinfadi market officially closed for cleaning and disinfection on June 13 after several people who either worked at or visited the market were found to be infected with COVID-19. Beijing conducted a comprehensive investigation into those connected to the market, providing them with COVID-19 tests, and requiring them to quarantine.

People at high risk of exposure to the market will gradually be allowed to leave quarantine starting July 7, with more than 5,000 people to be released in the first batch. The spokesperson called on relevant parties to do a good job in the follow-up work, continue to carry out health monitoring, provide psychological counseling, and deliver high quality services.