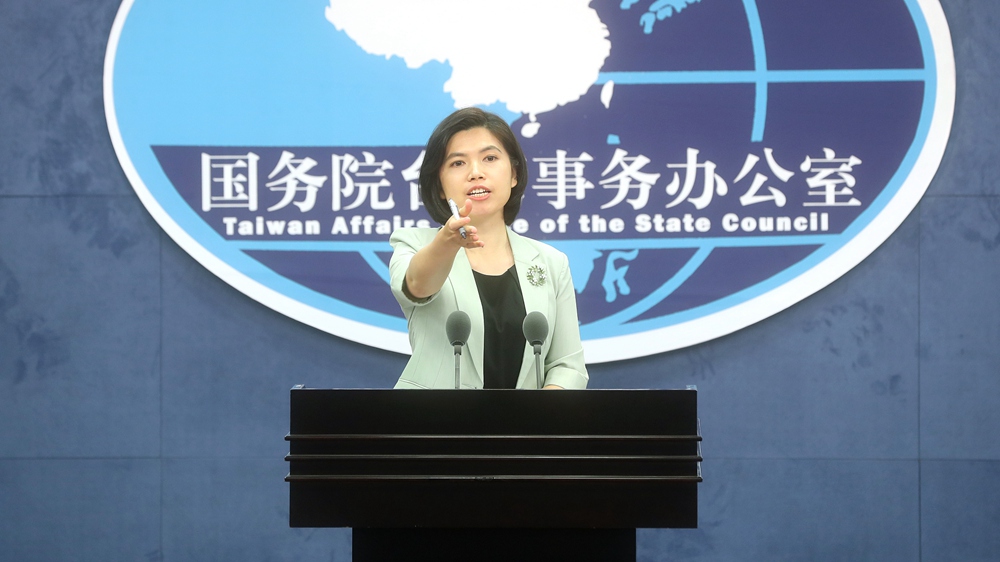 A Chinese mainland official said Tuesday that the one-China principle is a consensus of the international community after Taiwan's bid to attend a session of the World Health Assembly (WHA) was rejected.

The WHA, the highest decision-making body of the World Health Organization (WHO), on Monday refused to include a proposal on Taiwan's participation in the agenda of its 74th session, which runs until June 1.

Zhu Fenglian, a spokesperson for the Taiwan Affairs Office of China's State Council, said the WHA's decision proved once again that there is no way out for "Taiwan independence."

Zhu stressed that the mainland always attaches great importance to Taiwan compatriots' health and welfare. Based on the one-China principle, the mainland has made appropriate arrangements for the Taiwan region's participation in global health affairs, she said.

Since the outbreak of the COVID-19 pandemic, the mainland has sent 260 notifications on COVID-19 to the Taiwan region, she noted, adding that health experts in the Taiwan region have participated in 16 WHO technical activities.

"The so-called 'international epidemic prevention gap' is a political lie," she said. "It is just a pretext used by the Democratic Progressive Party (DPP) authorities to seek 'Taiwan independence.'"

The DPP authorities have obstinately adhered to the separatist position of "Taiwan independence" and refused to admit the 1992 Consensus embodying the one-China principle, and as a result, the political foundation for the Taiwan region to participate in the WHA has ceased to exist, she said.

Commenting on the WHA's decision on Monday, Chen Xu, China's permanent representative to the United Nations Office at Geneva, said in a statement that the Taiwan region's participation in the WHA must be handled in accordance with the one-China principle and through cross-strait consultations.

Noting that Taiwan is an inalienable part of China, Chen said: "The UNGA Resolution 2758 and WHA Resolution 25.1 provided the legal basis for WHO to abide by the one-China principle, and recognized Taiwan as part of China."

He said the Taiwan-related proposal is in violation of the purposes and principles of the UN Charter and runs against the WHO's Constitution and the WHA's Rules of Procedure.