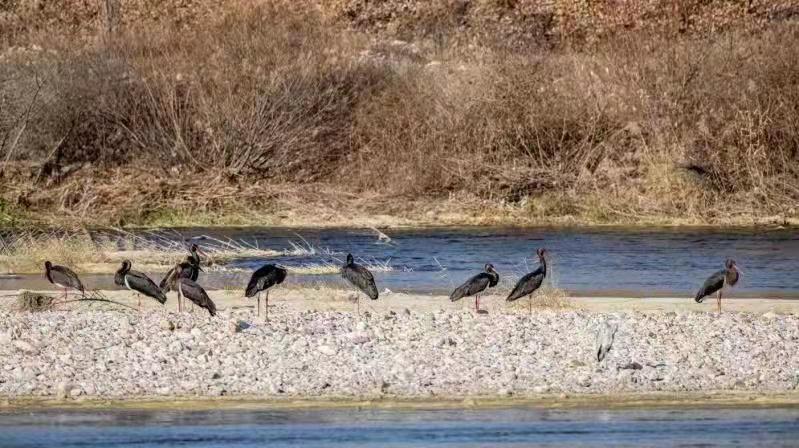 Increasing numbers of migrant birds stop in Beijing during winter. (Photo provided to the China Daily)

Some 3 million migratory birds will make a stop in Beijing this winter as the number of species of wild animals in the capital continues to increase, the Beijing Municipal Forestry and Parks Bureau said recently. It also asked people to leave the birds alone and not feed them.

As the natural environment improves and protection efforts expand, Beijing's biodiversity has become richer, the bureau said, noting that it's among the most diverse capitals in the world for wildlife.

Around 255,000 migratory birds glided over Beijing in October, and more than 155,000 were seen by mid-November from monitoring stations in the capital.

To protect the seasonal guests, hundreds of volunteers in the city formed teams to educate the public. They should not be disturbed or fed, the authorities said.