BEIJING, April 14 (Xinhua) -- The number of good air quality days in Beijing totaled 74 in the first quarter of this year, an increase of 10 days year on year, local authorities said Tuesday. 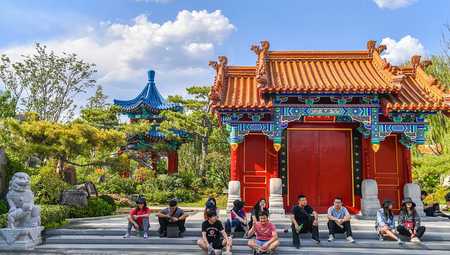 The average concentration of PM2.5 from October 2019 to March 2020 was 47 micrograms per cubic meter, falling 9.6 percent year on year, according to the bureau.

To continuously improve the city's air quality, Beijing has taken a series of measures such as speeding up the phasing out of heavy diesel vehicles and building more online video monitoring systems for observing dust at construction sites.