Beijing has seen positive results from its mandatory garbage-sorting system, which was introduced in May, with more trash classified as kitchen waste, local authorities said Wednesday. 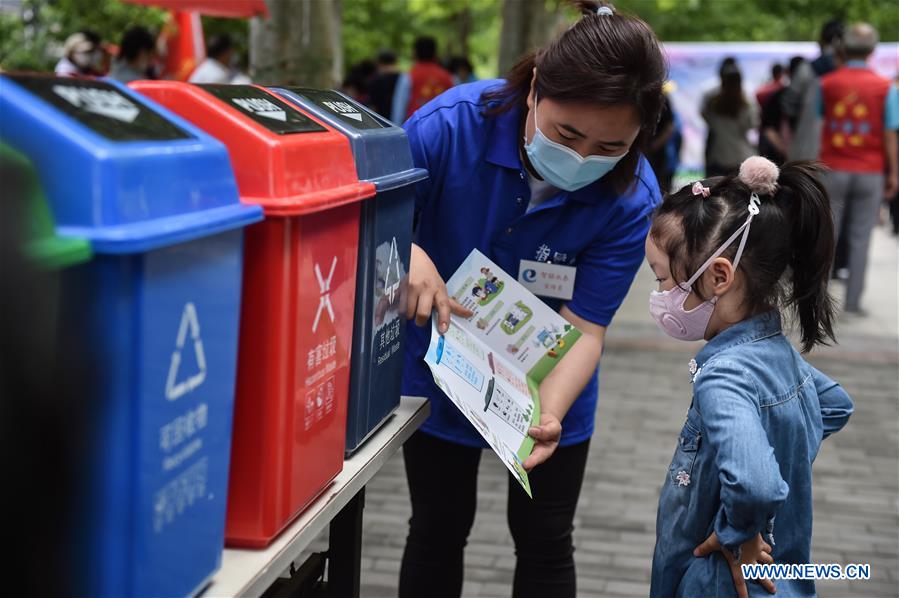 A girl learns about garbage sorting rules during a waste management awareness campaign at a residential community in Dongcheng District of Beijing, capital of China, May 23, 2020.(Xinhua/Peng Ziyang)

Meanwhile, the daily amount of other waste -- the trash besides the categories of kitchen, recyclable and hazardous -- is 16,100 tonnes, down 36.6 percent year on year, Zhang said.

Starting from May 1, Beijing joined a group of Chinese cities implementing mandatory garbage sorting in a bid to protect the environment.

To comply with the regulation, the city has upgraded most of its waste-disposal stations and garbage trucks, according to Zhang.

Wen Tianwu, deputy chief of the Beijing Municipal Comprehensive Law-Enforcing Bureau of City Administration, said that, by the end of November, a total of 12,780 violations related to household-garbage classification had been investigated and penalized.