BEIJING, Jan. 4 (Xinhua) -- Beijingers were able to breathe fresher air in 2020, as concentrations of major air pollutants like PM2.5 continued to fall remarkably in the city, local authorities said on Monday.

The average concentration of PM2.5 in the metropolis was 38 micrograms per cubic meter in 2020, a year-on-year decline of 9.5 percent and the lowest measurement since the data was first collected in 2013, according to the Beijing Municipal Ecology and Environment Bureau. 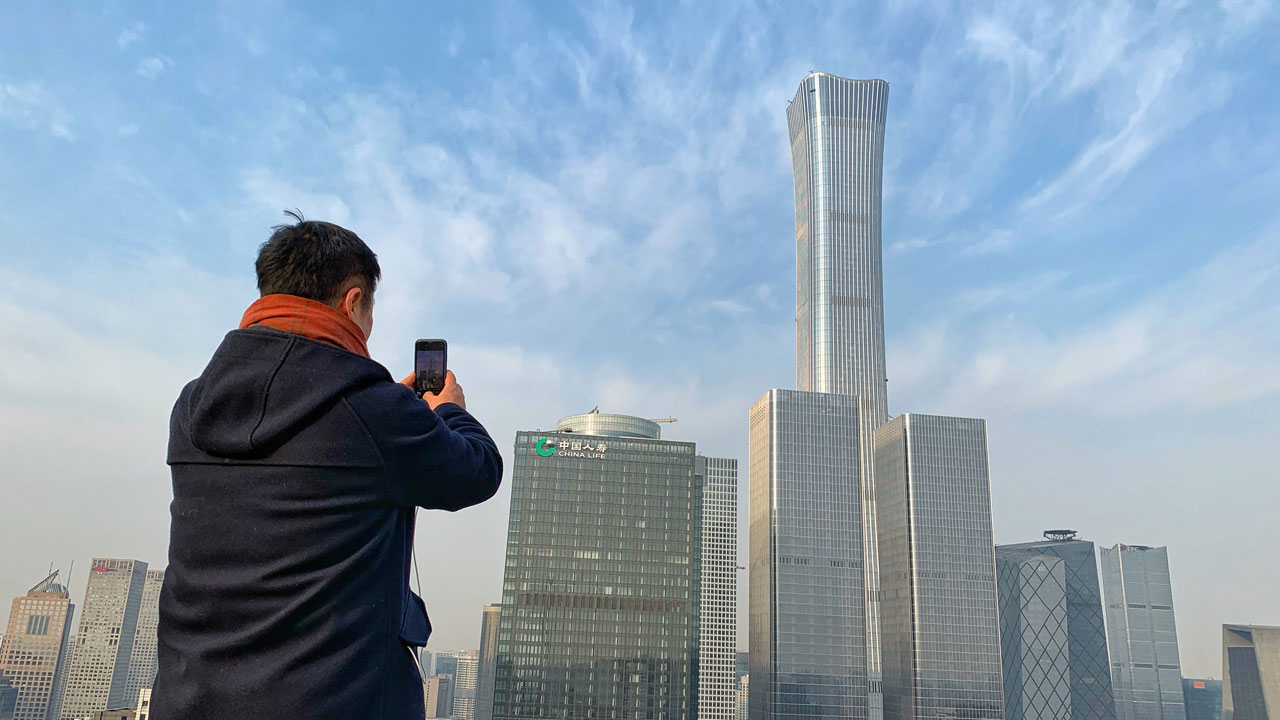 A Beijing civilian photographs the air quality in Beijing with his phone. (File Photo: CGTN)

The improved air quality marked a step closer to meeting the level-two national standard for PM2.5 control, which is 35 micrograms per cubic meter. The PM2.5 reading is a gauge monitoring airborne particles of 2.5 microns or less in diameter, which can penetrate deep into people's lungs.

Liu Baoxian, director of the Beijing Municipal Ecological and Environmental Monitoring Center, said that eight out of Beijing's 16 districts saw their PM2.5 density meet the national standard last year, up from only two in 2019.

The average concentrations of PM10 and nitrogen dioxide in Beijing were respectively 56 and 29 micrograms per cubic meter last year, down 17.6 percent and 21.6 percent year on year.