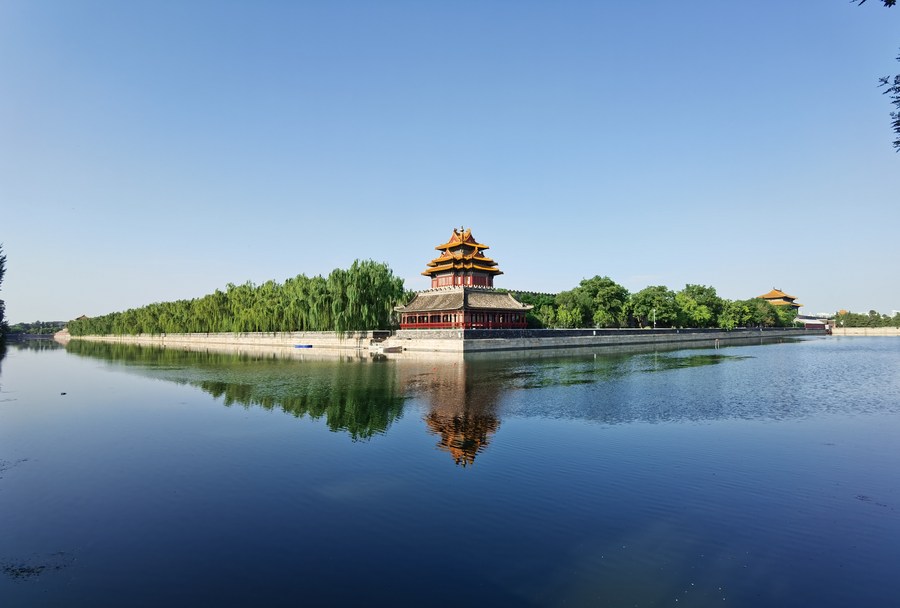 Photo taken with a mobile phone shows a turret of the Palace Museum in Beijing, capital of China, Aug. 2, 2020 (Photo: Xinhua)

Beijing will accelerate efforts to push for green lifestyles in the future, Wang added.

Authorities also said they will enhance efforts to clean up the environment.