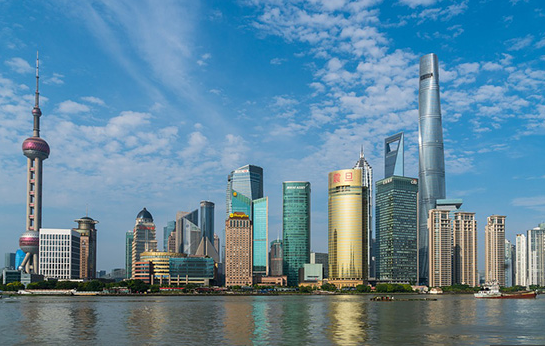 The population of Beijing and Shanghai, for the first time since 1978, recorded a slight decline in 2017, as China's two mega cities strive to shed lower-end industries and slow population growth.According to the latest figures released by the statistics bureaus of the two cities, the population of Beijing dropped by 22,000 to 21.7 million, a decline of 0.1 percent. Shanghai's population dropped by 13,700 to 24.18 million.Pang Jiangqian, spokesperson of the Beijing Municipal Bureau of Statistics, said multiple factors contributed to the capital's population decline, including a decline in China's working age population and the slowdown in migration from rural areas. "In recent years, China's annual population growth dropped around 0.5 percent. The number of people migrating to mega cities has also slowed. Against the backdrop of nationwide urbanization, the attraction of mega cities is gradually waning," Pang said at a press conference in Beijing on January 19.Following a fire that killed 19 people in November in Beijing's Daxing district, the city government launched a sweeping campaign that required tenants of substandard and unsafe housing to move out."Given the fact that Beijing and Shanghai have taken measures to evict migrant workers, strengthened its management of apartment leasing and relocated industries, it's not surprising that the population has dropped in the two cities," Li Jianmin, a professor of demography at Nankai University, told the Global Times on Tuesday. But Ding Jinhong, a professor at East China Normal University, said it is too early to say whether the population trends in these two cities are at a turning point.Scramble for talentCity planners in Beijing and Shanghai have long worried about meeting the needs of an ever growing population.According to its latest development scheme, Beijing plans to cap its population at 23 million by 2020, reducing the population in six central districts to 15 percent below 2014 levels. Shanghai aims to cap its population at 25 million by 2035."Beijing's non-capital functions, including manufacturing, logistics, wholesale markets, and some public service operations, are being phased out, which will reduce the number of workers in labor-intensive industries," Li said.The other two first-tier cities, Guangzhou and Shenzhen, have yet to release population figures for 2017, but analysts say their populations are expected to grow.The population of Guangzhou reached 14.04 million in 2016. The Guangzhou Academy of Social Sciences released a report in December, suggesting Guangzhou's population might reach 20 million by 2040. The population of Shenzhen reached 11.91 million in 2016, a 4.66 percent growth over the previous year. Meanwhile, other Chinese major cities are scrambling to attract more people, especially young, educated people.At least 16 second-tier cities, including Xi'an, Changsha, Chengdu and Wuhan, are competing to attract professionals, promising research grants and housing subsidies to those who can help drive innovation and economic upgrades. Both Xi'an and Changsha have vowed to attract a million college graduates in the next five years. "The mindset of government on population has changed. Other than Beijing and Shanghai, many cities have shifted from capping the population to competing for population. Expanding local economies need an expanding labor force. A steadily rising population is also crucial in stabilizing the real estate market," Li said.