Beijing and Shanghai were crowned as the richest cities in China, according to a report issued Monday by Chinese financial news outlet Yicai. 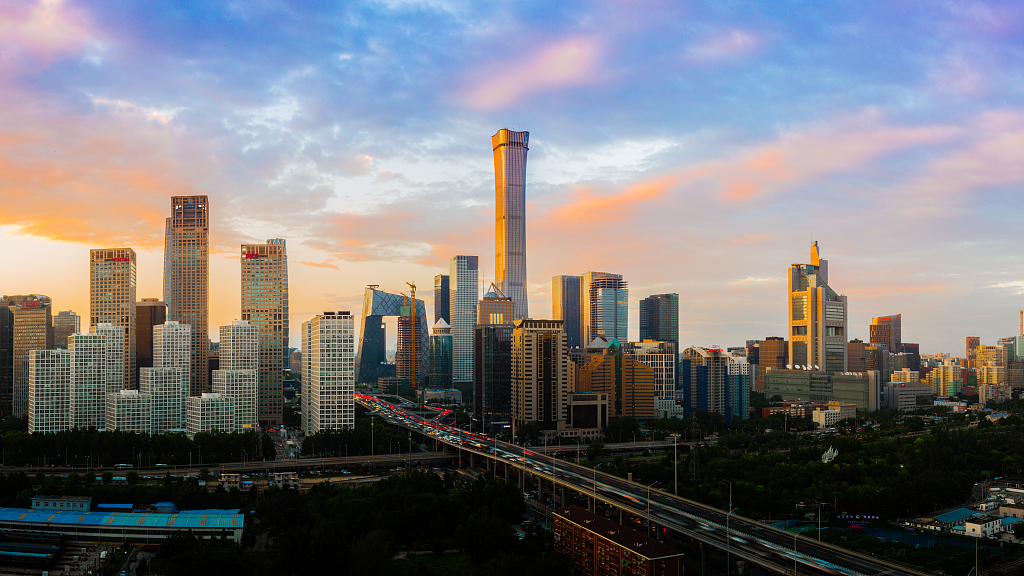 Towers rise up into the sky in this view of Beijing's central business district, Aug 15, 2018. (Photo: VCG)

The list, which measures total deposit balances held by all financial institutions or total capital amount, indicates the performance of economic growth in certain regions or cities.

Beijing and Shanghai were way ahead of other cities, for the two surpassed 10 trillion yuan ($1.45 trillion) in total capital amount.

Compared with Guangzhou, Shenzhen has a larger economic aggregate and faster economic growth rate, as well as the improved contribution and proportion of financial industry in its economy highlighted by the Shenzhen Stock Exchange and a large number of listed companies, said Peng Peng, vice chairman of the Guangdong Society of Economic Reform.

The development of Shenzhen's high-tech industries, and its much higher housing prices, also contribute more capital amount in the city, Peng said.

In terms of the growth rate of total capital amount in the past six years, eight cities in China had seen an over 100 percent growth, namely Shenzhen, Guiyang, Hefei, Changsha, Nanjing, Zhengzhou, Xiamen and Wuhan.

Among them, Shenzhen ranked first with a growth rate of 180 percent, followed by Guiyang (158 percent) and Hefei (127 percent). Capital cities in central and western China, like Guiyang, Hefei, Changsha and Wuhan, performed well in growth, especially those in provinces with fast economic growth.

From a regional perspective, cities from the southwestern and south-central parts of the country witnessed faster growth in capital amount, which also was related to regional economic growth.

The upper and middle reaches of the Yangtze River have enjoyed the fastest economic growth in China recent years, the report said, especially Guizhou province and Chongqing in the upstream, and Jiangxi, Anhui, Hubei and Hunan provinces in the middle stream.