CHINA Beijing, Shanghai walk out of shadow of Omicron

Beijing, Shanghai walk out of shadow of Omicron 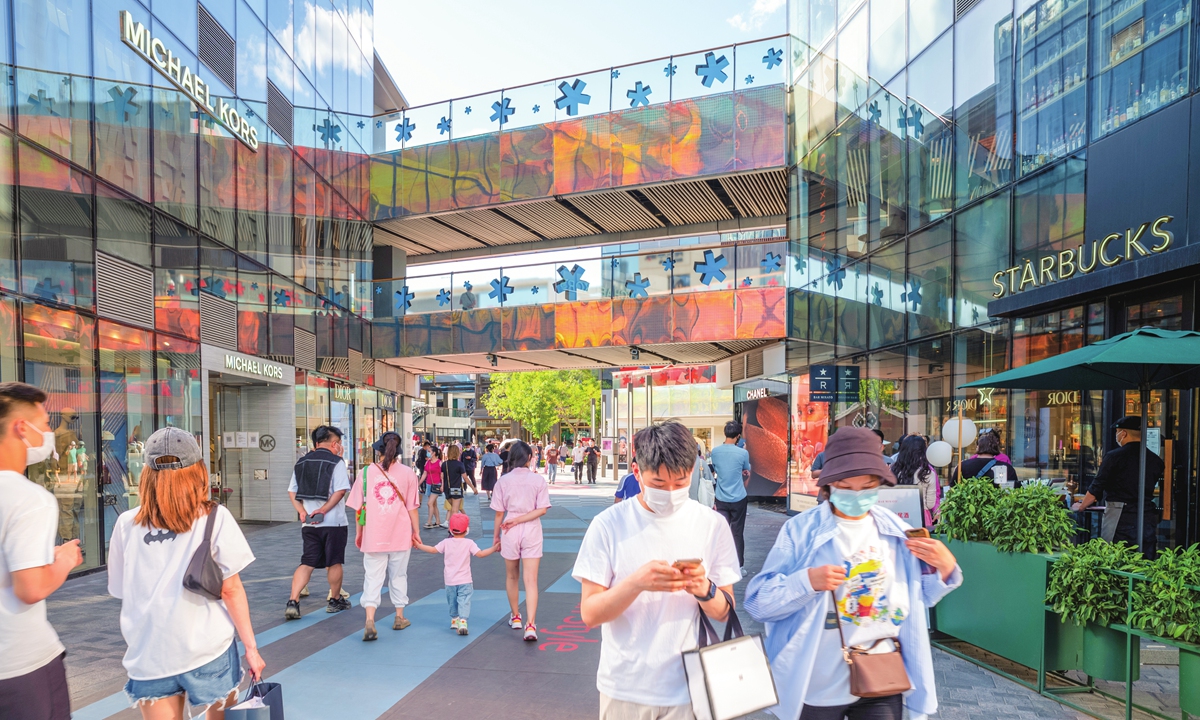 More pedestrians are seen at The Bund in Shanghai. (Photo: GT) 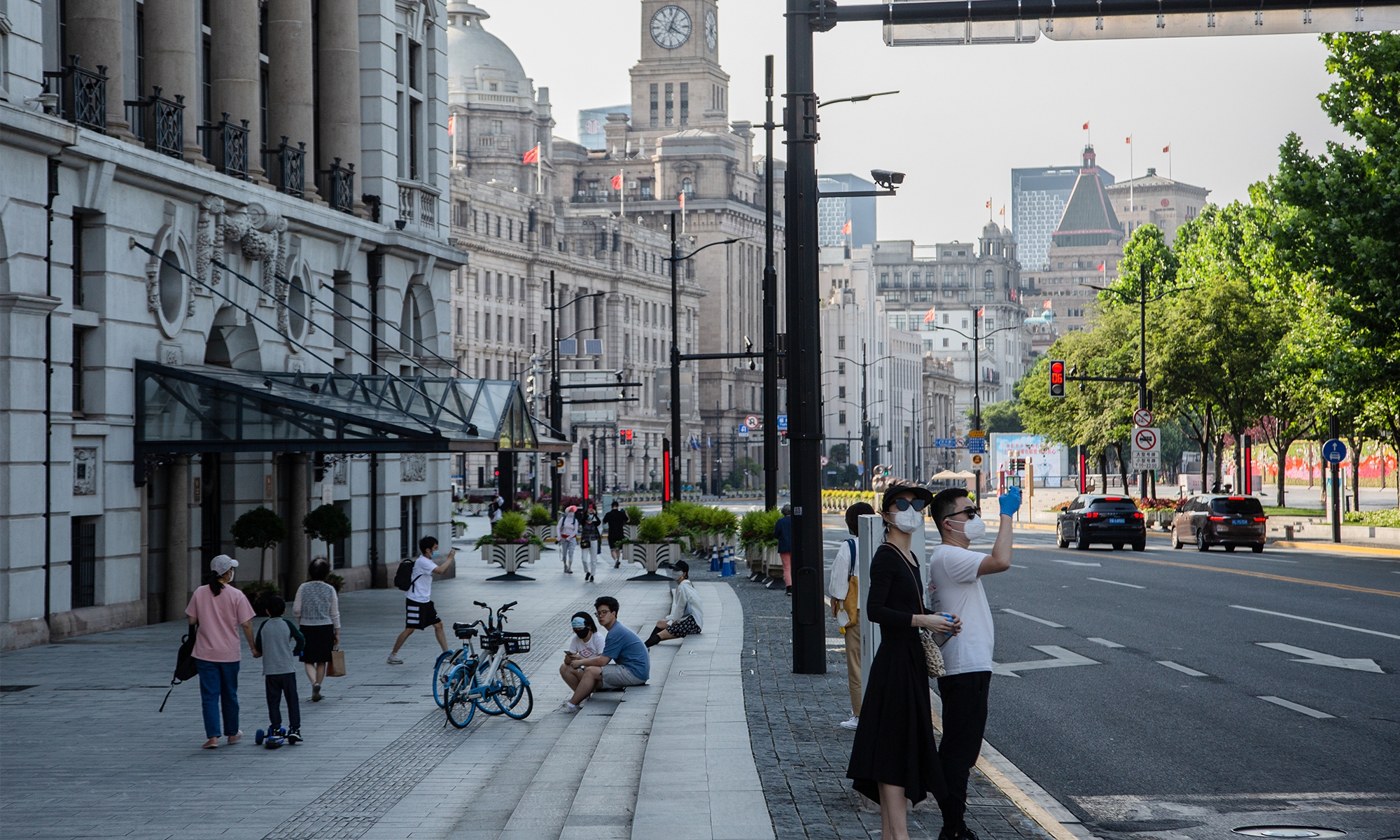 More pedestrians are seen at The Bund in Shanghai. (Photo: GT)

Beijing and Shanghai, China's two megacities, are gradually walking out of the shadow of Omicron outbreaks, providing valuable experiences for the country in carrying out the dynamic zero-COVID strategy that once again proves to be the most effective approach in containing the highly contagious virus at the minimum costs to the economy and people's life.

Epidemiologists summarized that fast testing, strict and timely measures are key to Beijing's 37-day battle against the latest COVID flares-up, as the Chinese capital city drew lessons from Shanghai's tough anti-COVID battle that has lasted for two months. With the full opening-up of the country's top two cities, some economists forecast that the overall cost of implementing the dynamic zero-COVID approach on the economic growth rate will not exceed 0.5 percentage points. With rapid resumption of the production and business, the annual economic growth rate could still achieve 5 percent in 2022.

Beijing residents embraced a joyful Sunday in newly reopened shopping malls, cinemas and gyms in low-risk areas, a major step toward normalcy, after a month-long business suspension due to the Omicron outbreak.

Major shopping malls in Chaoyang district - the largest and most populous district in Beijing and the first implemented work-from-home order a month ago due to a resurgence of COVID-19 cases - including SKP, China World Mall, China Central Place, Chaoyang Joy City and Solana announced they had reopened starting from Sunday morning, with anti-epidemic measures in place.

The reopening came after authorities announced at Saturday's press conference that the overall epidemic situation in Beijing is on a downward trend, with new confirmed cases dropping for six consecutive days and eight districts reaching zero-COVID status at the community level, signaling that Beijing has effectively brought the latest COVID-19 epidemic under control.

"A major lesson Beijing has learned is identifying infections as early as possible and taking effective control measures. Meanwhile, the city has adopted scientific and dynamic measures to avoid a huge impact on people's daily life," a senior expert from the Chinese Center for Disease Control and Prevention (Chinese CDC) told the Global Times on condition of anonymity.

Since Beijing reported cluster infections among elderly tourist groups and students on April 22, there have been several hidden transmission routes, posing great challenges to the anti-epidemic work. The city has been racing against time to carry out more rounds of mass nucleic acid testing to screen out all potential risks of transmission as early as possible, and local authorities also normalized nucleic acid testing by asking local residents to provide a negative nucleic acid test result taken within 48 hours to enter public places and use public transportation systems, including subway and buses.

"If the next similar outbreak occurs with fast transmission speed, local authorities have the experiences to deal with it and local residents know what to do," Cao Heping, an economist at Peking University, also told the Global Times.

After a two-month tough battle against Omicron, Shanghai plans to restart on-site operation of commercial outlets from June 1, the latest sign of the Chinese financial hub's return to normal. The city also released a plan on Sunday to accelerate economic recovery with a series of measures such as expanding the scope of housing rent reduction and exemption, increasing tax rebates and cuts, and supporting the resumption of production.

The Global Times reporters in Shanghai saw more residents on the streets during the weekend as their compounds are virus free and they can move between designated areas.

Besides megacities, smaller cities like Linshui county of Southwest China's Sichuan Province have accumulated experience in the dynamic zero approach by containing the virus spread with mass nucleic acid testing to identify all infections as quickly as possible.

By carrying out static management and mass nucleic acid testing, the county contained its outbreak in 20 days and announced it would lower the risk level of local communities starting from Sunday.

A major highlight of Beijing's epidemic control work compared with Shanghai is the speed as the biggest problem in Shanghai was the slow response to the outbreak in the early days, Wang Guangfa, a Beijing-based respiratory expert, told the Global Times.

"With such a fast response, Beijing traced back every infection, identified transmission routes and built a powerful testing capacity. Other megacities can learn from such experiences with an early response to avoid a citywide lockdown or static management," he said.

With dynamic measures, the capital city also maintained people's daily life and critical economic activities during the past 37 days at the maximum level, which led to the minimum cost to society, experts said.

Although the price Shanghai had paid for its slow response to the outbreak is reflected in the economic indicators in April, some economists said as soon as the resumption of production accelerates, overall economic growth will regain momentum.

"It's believed that the overall impact of the latest COVID flares-up would not exceed 0.5 percentage points in terms of annual growth rate, and our fast resumption of production will help reach the annual GDP target of above 5 percent," Cao said.