Skiing was a popular choice for Beijing residents during the three-day New Year holiday, with ski photos and videos posted through WeChat moments.

Against the background of the recent small-scale outbreak of COVID-19 in Beijing, ski resorts around the capital took strict epidemic prevention measures to ensure visitors’ safety.

“The resort has an appointment system, and the reception volume does not exceed 75% of the total capacity,” said Xu Xinwen, marketing director of Beijing-based Nanshan Ski Resort. “Skiers need to make an appointment one day in advance.”

“At the end of every day, our staff disinfect the ski equipment and public places thoroughly. In places where skiers need to line up, the resort has set up signs and arranged for special personnel to remind skiers to stand at least one meter away from others,” Xu told the Global Times.

On December 24, 2020, the Beijing Municipal Bureau of Sports issued a notice to strengthen epidemic prevention and controls at the turn of the year in sports and fitness venues, among which swimming venues, ice and snow venues, and underground fitness venues are listed as key places. 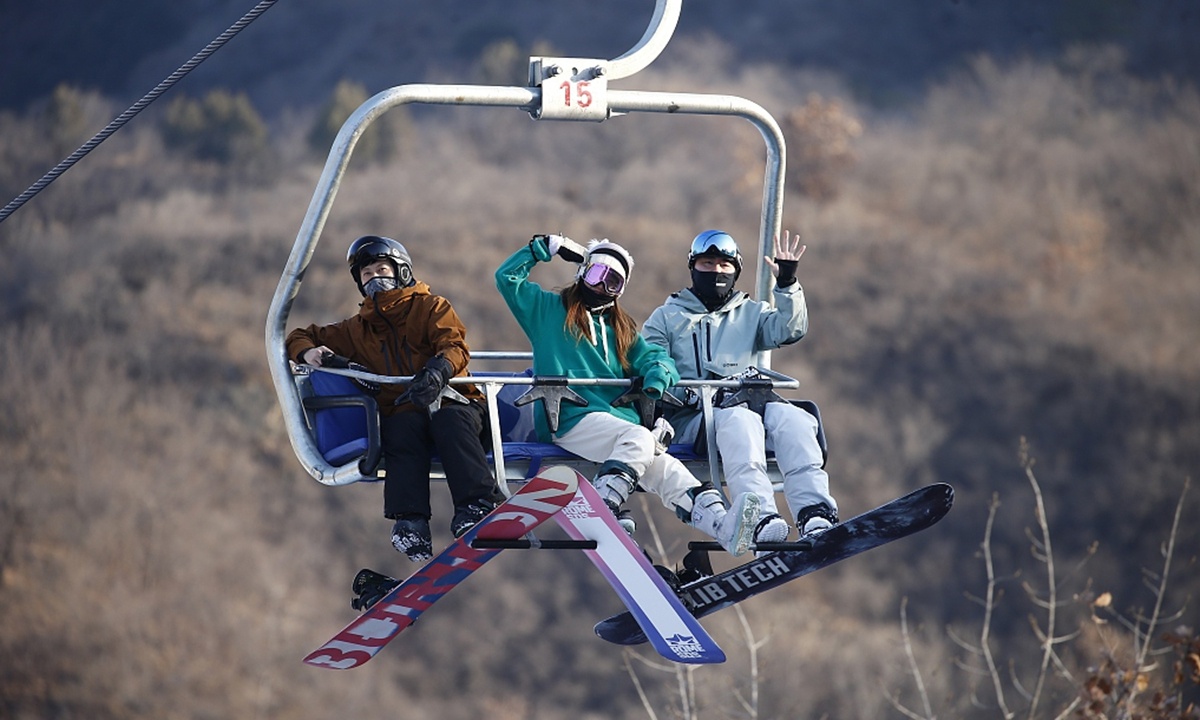 Other ski resorts around Beijing have also tightened epidemic control measures. The Global Times learned that at Jundushan Ski Resort and Xishan Ski Resort skiers need to show green-color health codes and check their body temperature before being allowed to enter the resorts.

"The government of Miyun district in Beijing sends inspection teams to business premises every day to inspect them, and if the epidemic prevention measures are not strict enough, they will ask the enterprises to rectify the situation,” Xu said.

Xu told the Global Times that although the business during the New Year holiday was affected by Beijing’s epidemic situation, there were more people coming to ski at night compared with previous years.

China is regarded as “the world’s largest primary ski market” according to the paper.cn.

The "Ice and Snow Sports Development Plan (2016-2025)" formulated by the General Administration of Sport of China set a goal for the number of people directly participating in ice and snow sports to exceed 50 million.