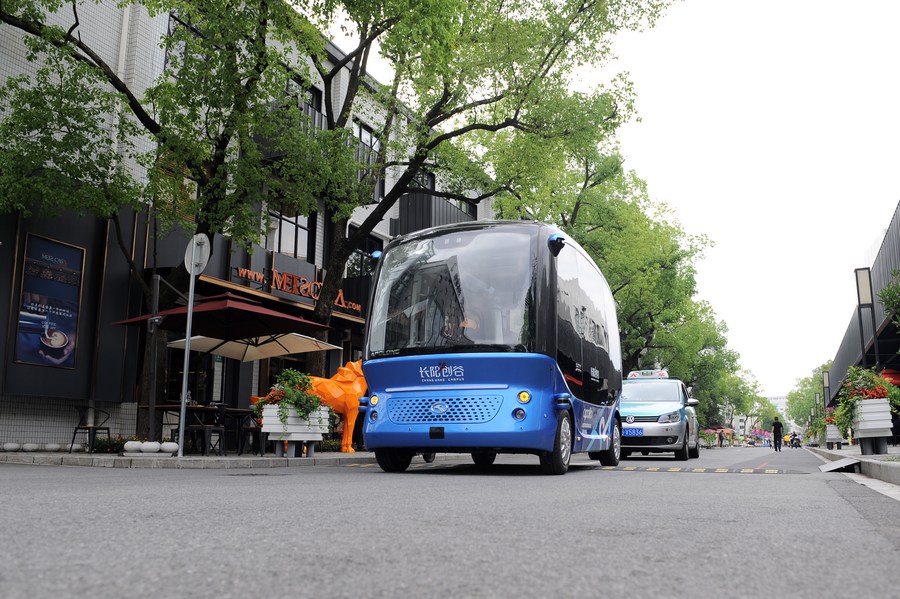 For example, every autonomous bus must be equipped with a human driver to supervise its mobility, and another person is also needed to maintain order on the bus.

In the next stage, the office plans to collaborate with Beijing Public Transport, the Chinese capital's bus operator, to explore the possibility of putting into operation more autonomous buses in core business areas and industrial parks in the demonstration zone, said Kong Lei, director of the working office.

A total of 278 roads stretching more than 1,027 km in Beijing had been opened for self-driving vehicle tests as of September 2021, according to Beijing Innovation Center for Mobility Intelligent.