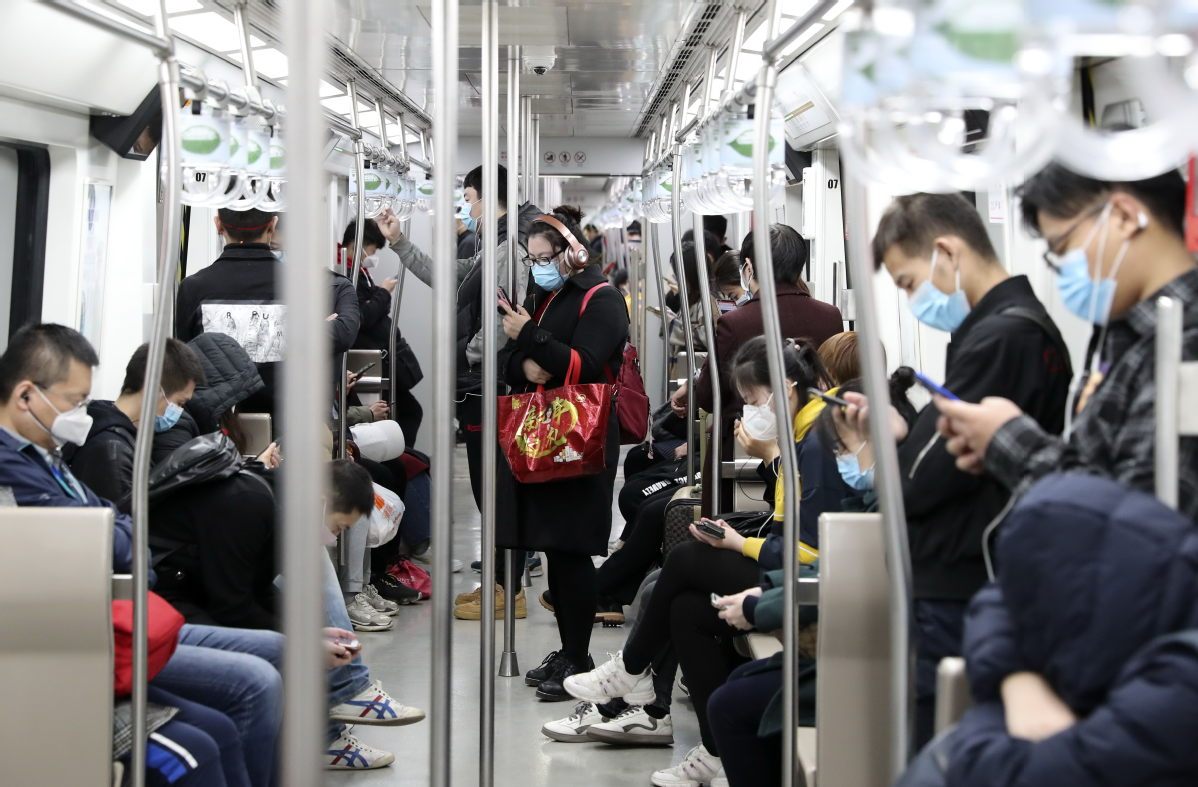 Passengers use mobile apps in a subway train in Beijing. [Photo by Feng Yongbin/China Daily]

China's capital Beijing ranked first in the world in both total and average daily passenger volumes of urban rail transit by the end of 2019, said a white paper on the city's smart subway development published last week.

A series of new technologies will be applied in Beijing subways in the future, said Wei Yun, Beijing Subway deputy chief engineer.

Wei said the company is working to integrate security check equipment and ticket check gates together to save time for passengers.

It has been exploring ways to apply intelligent technologies and three-dimension maps in subway stations so that passengers can search for areas in the stations, as well as navigate and plan paths within stations on their portable devices.

According to the white paper, smart technologies, including 5G, cloud computing and big data, will be used in certain important areas of Beijing subways by 2025.