Subway lines in Beijing will introduce a one-day pass, the municipal commission of transportation announced on Sunday. 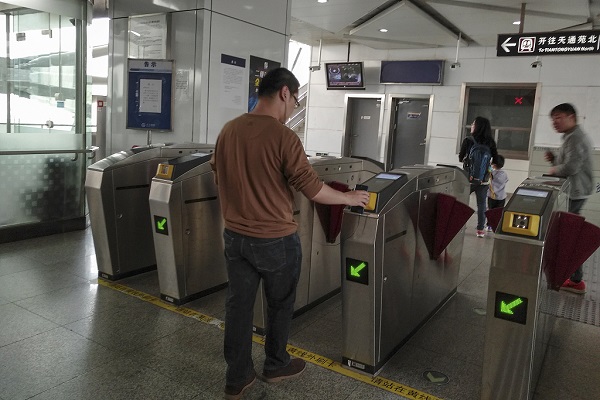 A passenger swipes his smartphone at a subway station in Beijing. (Photo: VCG)

The capital now implements a metered fare system for subway rides. Passengers can buy single-ride tickets or use a rechargeable fare card for a ride. But soon, Beijing Subway will offer passengers more ticket options, with the one-day pass the first to be launched, Beijing Daily reported.

The one-day pass, valid for 24 hours of unlimited metro rail travel, will be convenient for visitors to Beijing and benefit the development of tourism in the city.

The pass, which will be available in QR code format, will save tourists the trouble of returning their public transport cards before leaving Beijing.

The city also plans to accelerate construction of the first phase of Line 3, the second phase of Line 16, and Line 12 this year, the transportation commission said. Beijing had 22 metro lines and a total length of 636.8 kilometers in operation by the end of 2018.