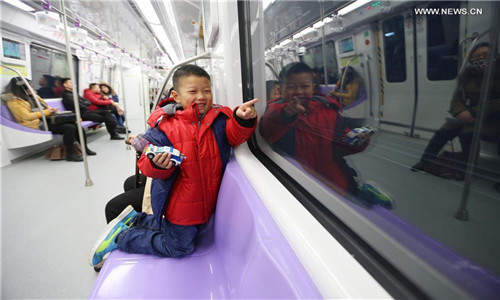 A new form of security checks based on passengers' credit scores will be launched this year at subway stations in Beijing, according to the latest city transport management plan. Frequent passengers with good credit scores can apply for the "white list," enjoying a faster and simpler security check process.

The Global Times found earlier that Beijing's Fuchengmen subway station adopted this system in 2019 on a trial basis, the only one so far to do so.

The capital city will also start trial operations at seven subway sections, making up a total of 54.5 kilometers, this year, the Beijing Daily reported on Wednesday.

The city's transport authorities are promoting an integrated network of subway and rail, and studying the feasibility of one set of systems, one network operation, one ticket pass and one security check at transits.

The new development is seen as an attempt to speed up passenger's entry into subway stations, which has become a headache for many commuters who have to wait in long lines for security checks during the morning and evening rush hours.

With a resident population of 21.5 million, the weekday volume on the Beijing subway is about 12 million, according to data compiled before the COVID-19 outbreak.