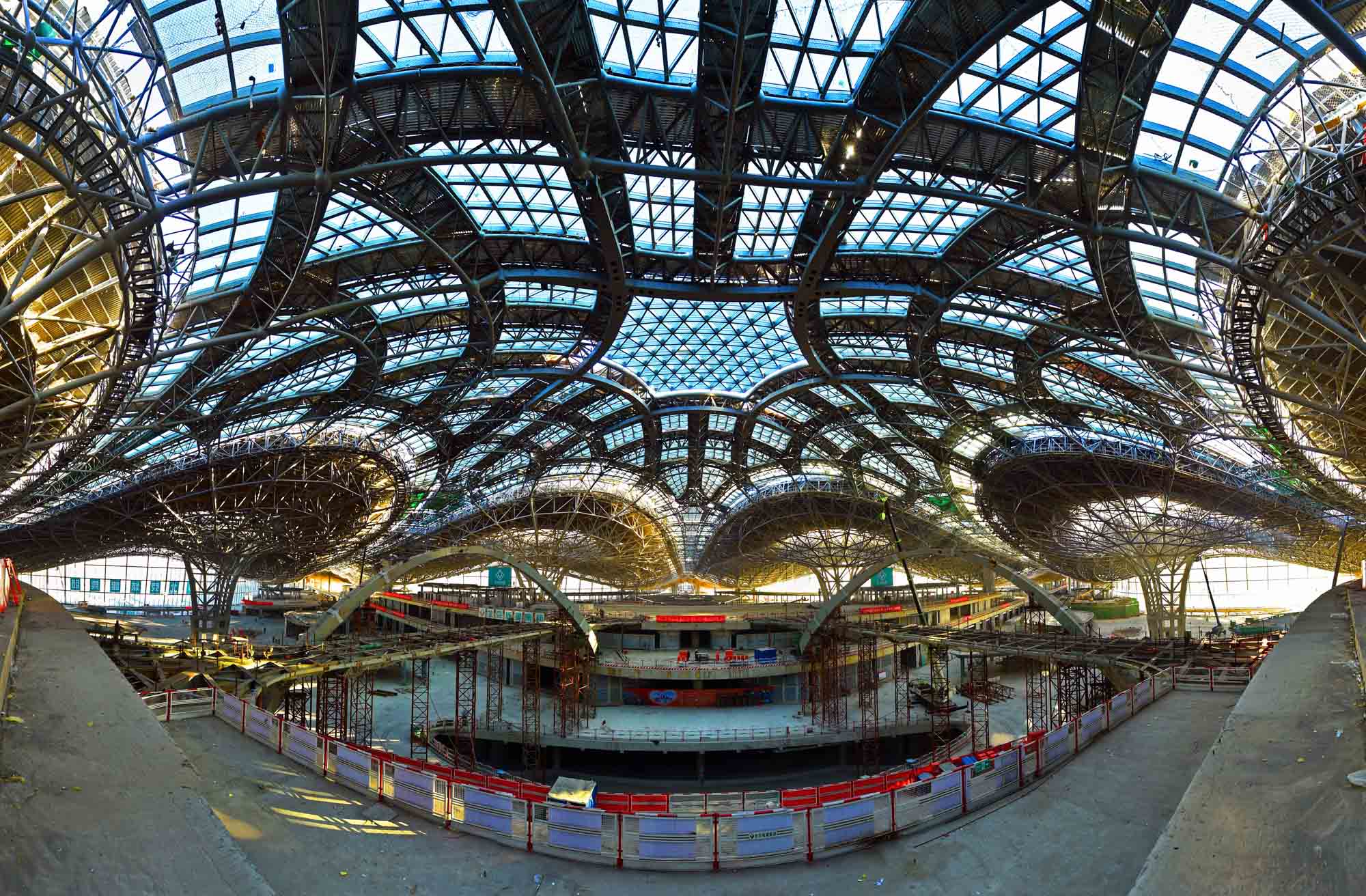 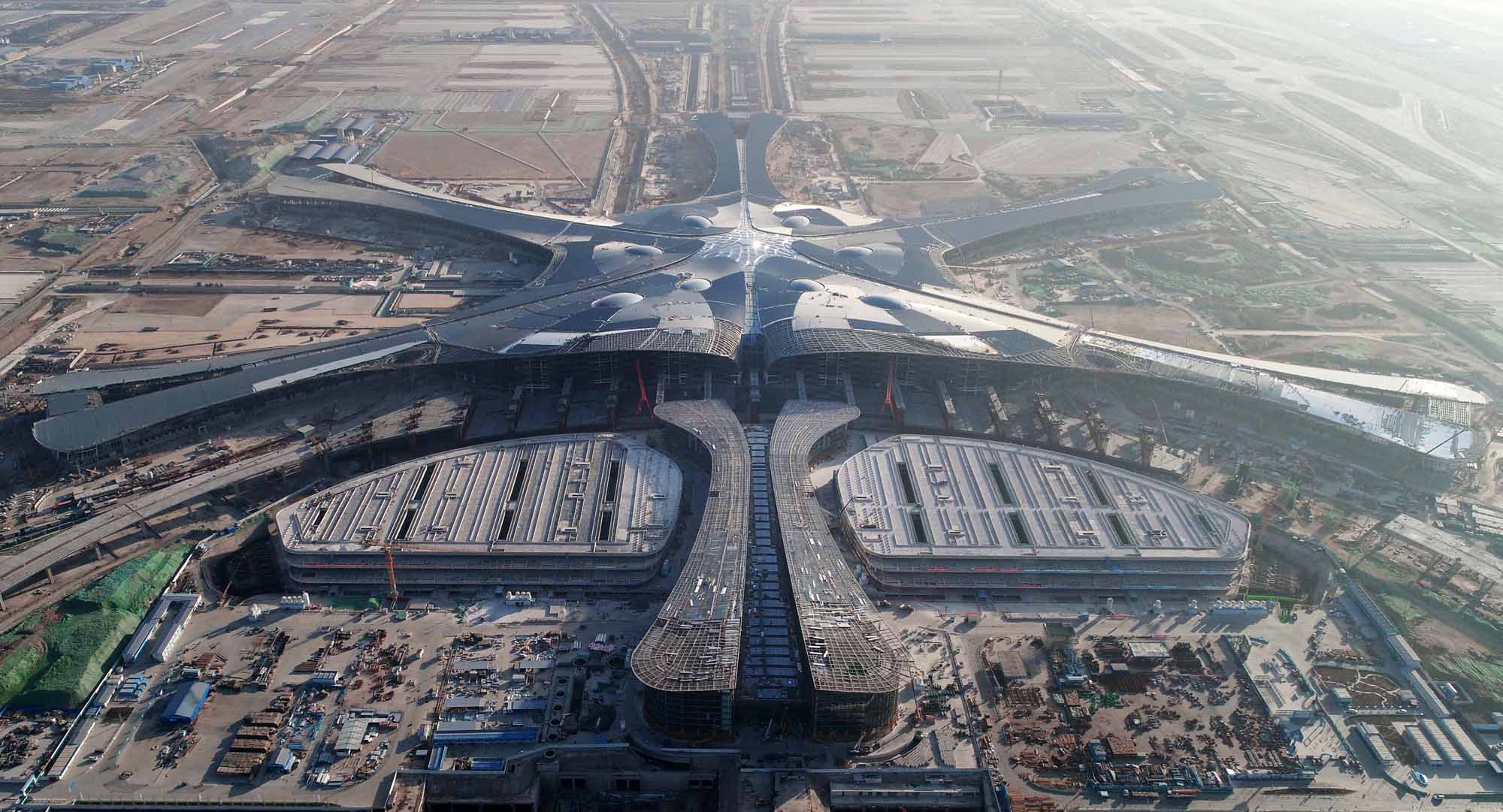 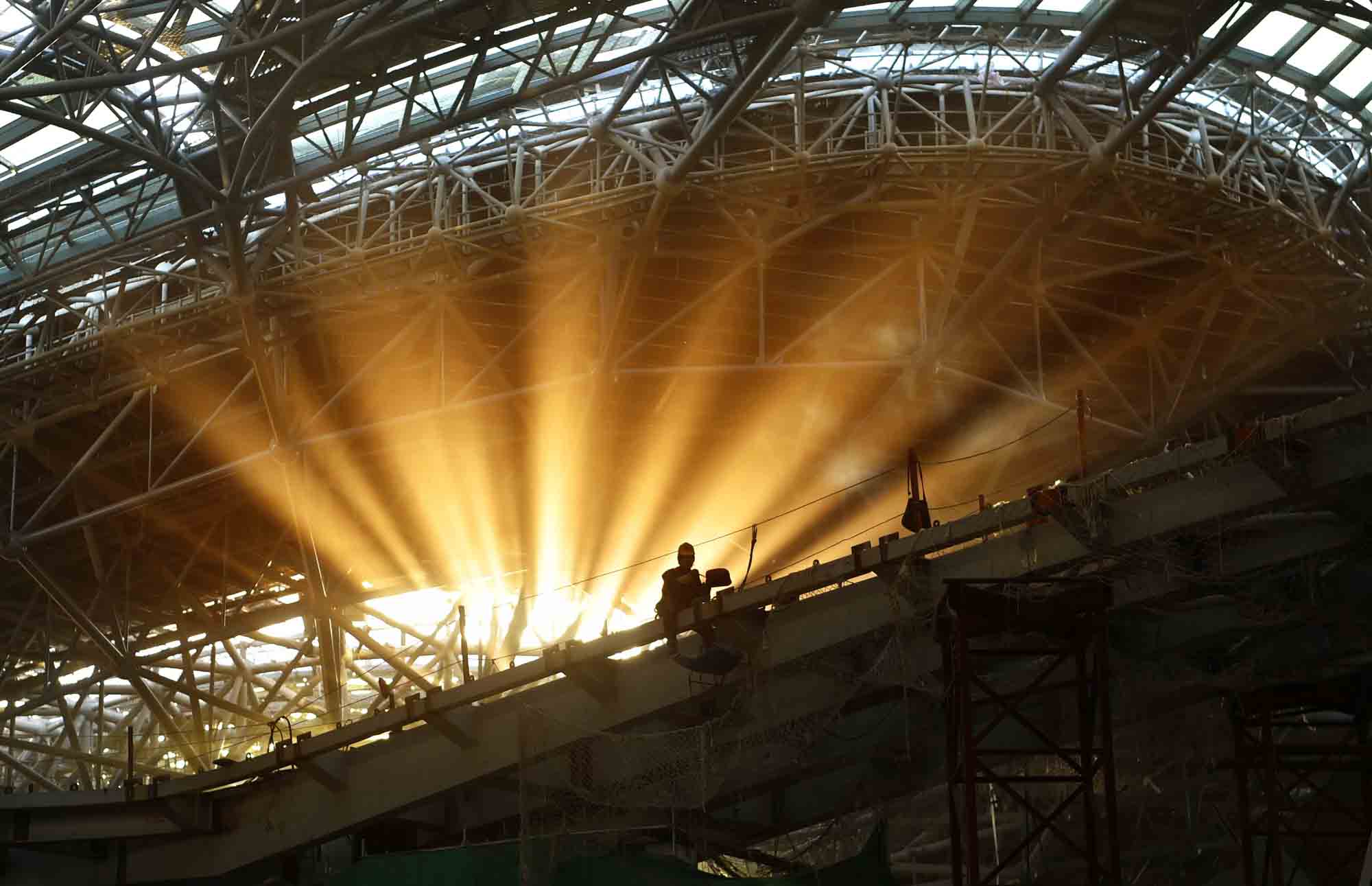 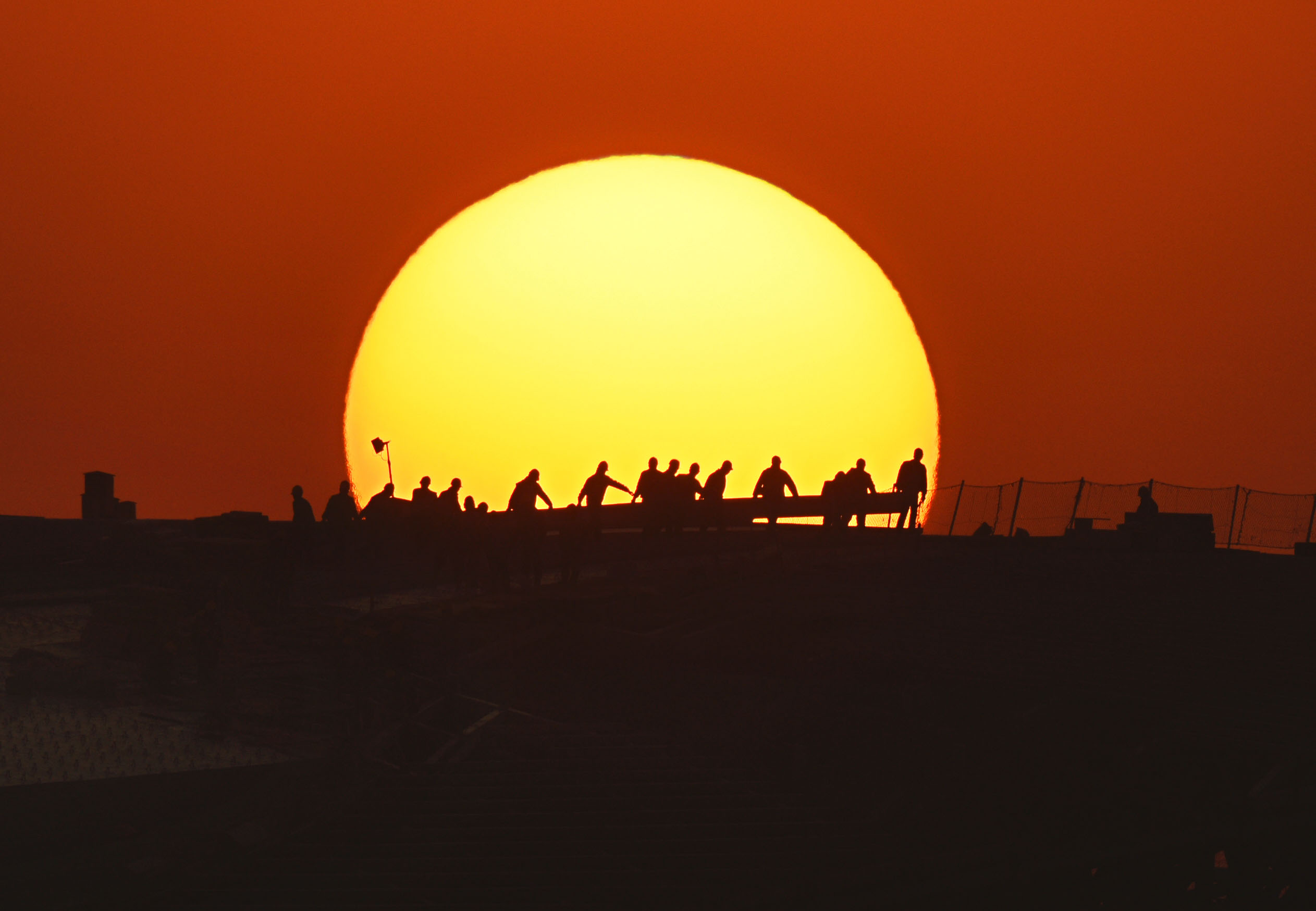 Builders have finished the roof work of the main terminal of Beijing's new airport on the last day of 2017, marking the completion of its exterior work.

Over 1,200 workers braved the chilly winter weather in Beijing and installed roughly 10,000 pieces of glass over the past three months. The developer said the work sticks to the schedule and the next step will focus on the inner structure.

Located in Beijing's southern suburb of Daxing District, the terminal will become world's largest upon completion in October, 2019, with an estimated capacity of handling up to 100 million passengers a year.