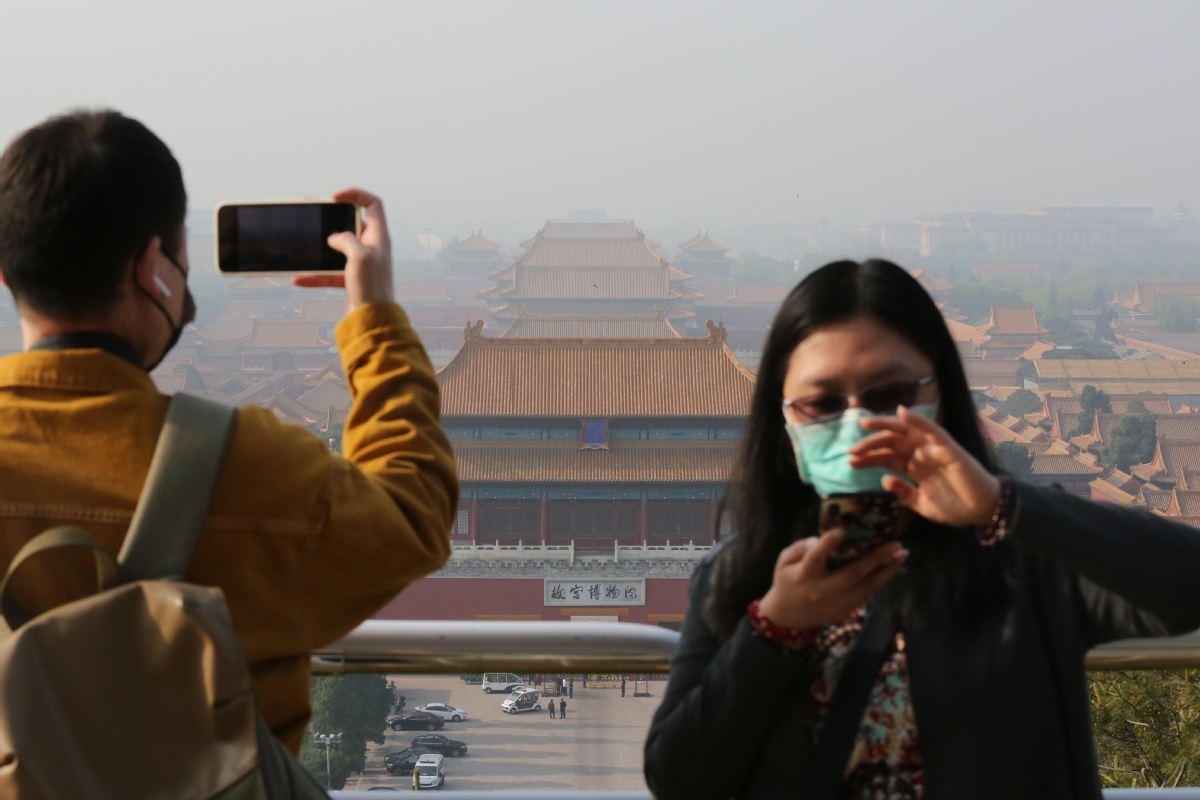 The Palace Museum can be seen in this photo taken on April 30, 2020.(Photo: Agencies)

As epidemic control and prevention becomes a regular practice in China, the capital plans to replenish stockpiles of medical equipment, standardize operations of fever clinics and continue to enforce strict screening measures at hospitals.

Lei Haichao, head of the Beijing Municipal Health Commission, said health officials are striving to meet medical demands of the public while ensuring that some virus-control measures remain in place to prevent a possible wave of new infections.

"The epidemic had resulted in varying degrees of shortages of emergency materials in January, so it is crucial to guarantee that these materials will be restocked in a timely manner," he said.

The commission has also started refitting fever clinics at medical institutions based on uniform standards and has proposed stepping up prevention capabilities of fever sentinel points in communities.

"A person who contracts a contagious illness and visits a clinic might unintentionally infect other people," Lei said. It is thus important to implement adequate precautionary measures at high-risk places.

In addition, the commission has further strengthened the screening of all people who visit hospitals or are hospitalized.

As most hospitals have resumed normal work, Lei stressed that all units except for emergency departments should roll out their services based on an appointment system.

"Both the doctor and the patient are encouraged to schedule in advance before meeting each other," he said. "Meanwhile, the routine practice of taking temperatures, inquiring about medical histories and checking travel histories and health codes will be implemented."

Since May 5, the bed occupancy rate in hospitals across Beijing has reached over 60 percent, and patient volumes at community-level health institutions are close to the regular level of past years, according to Lei.

Since novel coronavirus cases were first detected in Wuhan, Hubei province, in late December, Beijing has reported a total of 593 infections-of which 377, or 64 percent, were imported cases.

The first case was discovered on Jan 19 in a traveler from Wuhan.

In retrospect, Lei said, the city has managed to rapidly detect and diagnose infections, thanks to prompt efforts devoted to ramping up testing capacities.

"As early as mid-January, 17 disease prevention and control institutions in Beijing were able to conduct nucleic acid tests, and by early February, some advanced hospitals had also shored up their testing capabilities," Lei said.

"That explains why there were virtually no suspected cases in Beijing during the early stages of the outbreak."

In order to meet the rising demands for testing and facilitate the resumption of work, the number of testing facilities citywide has now risen to 67.

"Currently, 48,000 samples can be processed in one day in laboratories in the city," Lei said.

In addition, the commission is mulling over setting up a large laboratory at the Xiaotangshan hospital in Changping district.

Xiaotangshan Hospital, which was built in 2003 to treat SARS patients, had reopened on March 16 to handle high-risk inbound travelers after border inspections. The hospital was closed on April 28 after the last patient was cured of COVID-19 and discharged.

"The Xiaotangshan hospital, with 1,600 beds, is expected to coordinate with other infectious disease hospitals in the city to play a stronger role in screening and treating contagious cases," Lei said.